Let’s talk again about my trip to Warsaw

Today I want to inaugurate the new year by taking you to visit a specific district of the Polish capital: the Prague district. 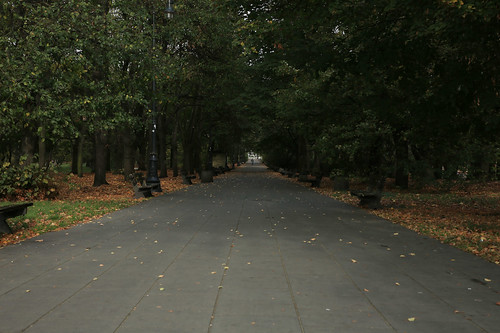 What is unique about this area of ​​the city? First of all, the fact that there are several places of interest to visit. But there is also something else, precisely a historical factor: The Prague district is the only one that has not suffered damage during the war bombings. Here it is possible to discover, therefore, the “real Warsaw” of the past and not that rebuilt post-bombing (although identical to the pre-war city).
There are at least four places that you shouldn’t miss coming to this area of ​​the city.

Also called the Metropolitan Cathedral of Saint Mary Magdalene equal to the Apostles, this is the Orthodox cathedral of the Polish capital, built for the large Russian community on Jagiellonska Street. 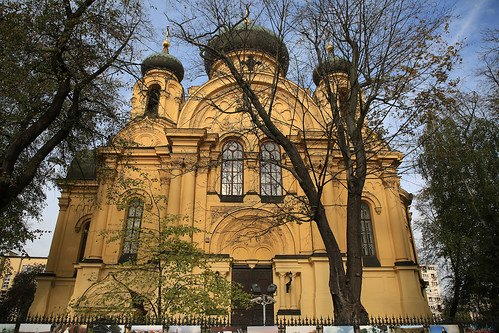 It was designed by Mikolaj Syczew, with the idea of ​​making a single large dome (it became four, it seems, under pressure from the Russian authorities). The foundation stone was laid on June 14, 1867, and the church was inaugurated on June 29, 1869. It is one of the two Orthodox churches still active in the city after the others were demolished, as a symbol of Russian domination, before Poland independence in 1920. I did not enter because the mass was in progress, I could only peek from outside through the glass of the front door: a little gem that is worth visiting.

The building, recognizable from afar for its Spiers, was built in the late 19th century as a sign of protest against the Russian Empire. 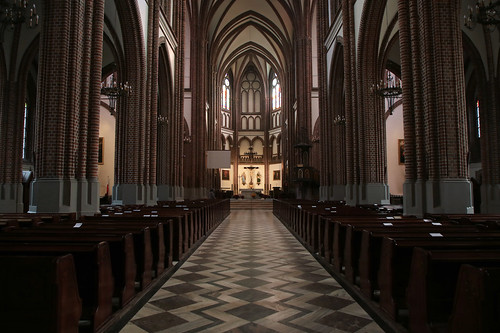 Used as a refuge for Jews, the Warsaw army and civilians in general, it was destroyed by the Germans when they withdrew from Poland in 1944. In 1950 reconstruction work began, on the initiative of the inhabitants of Warsaw and was then reopened in 1972. Arriving very early, I was able to visit the inside practically alone: ​​as I was enchanted from the outside, I was even more entranced by the splendour of the interior. My advice is, therefore, to arrive very early to be able to visit it with peace of mind. Why? Because I haven’t met many tourists in the neighbourhood, and they all come from late morning.

Church of Our Lady of Loreto

The Church of Our Lady of Loreto, located on Ratuszowa (City Hall) Street, it is the oldest monument in the 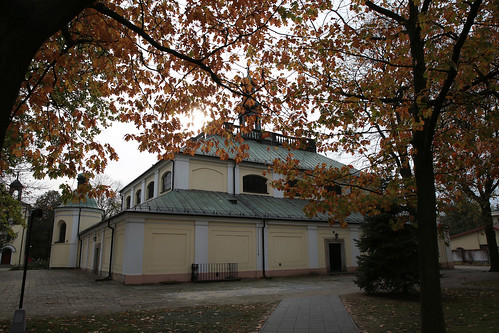 Prague district of Warsaw. Today it is possible to see an ancient chapel once connected on the south side with a Baroque church and a Bernardine monastery (Friars Minor). Only one chapel remains of the old building. On October 4, 1617, the cornerstone of the Baroque church was placed in the presence of King Sigismund III Vasa. The church of Sant’Andrea was built between 1628 and 1638. Here I found a tranquillity that left me stunned! In addition to its peace given by the sacredness of the site, it should be added that here I was practically the only one tourist coming to discover this place. I was a little sorry: those who know me know that I am not a religious person, so this is not the reason why I come to visit these buildings, but this church has really impressed me a lot.

It is the oldest bazaar in Warsaw. Open “officially” from Monday to Friday, I found some benches also open on Saturday. 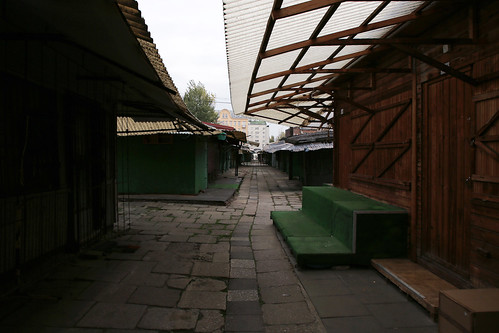 The origins of the bazaar go back to the seventeenth century: permission to organize fairs and markets in the neighbourhood dates back to 1648 when King Władysław IV granted the area the “city right”. The point where the market was born was on one side near commercial arteries, and along the banks of the Vistula river (which allowed the transport of goods by water). The “real creator” of this bazaar was Manas Ryba, and at the beginning, there were less than 10 stalls selling products (in 2017 there were 111). In 1938 the bazaar also suffered damage during the defence of Warsaw. During the Second World War, there was the possibility of purchasing here products that were generally regulated by the Germans (a sort of “black market”).
The market traders were mainly Jewish, so after the creation of the ghetto by the German in 1940, the Jews had to leave the area, and non-Jewish traders took their place. In 1944 the bazaar was partially burned, to then see development after the war (in 1945 there were about 500 permanent stands and about 200 shops). I suggest you be careful when looking for the entrance because at first glance it is not easily recognizable and I first went beyond looking for it. The atmosphere given by the many closed benches was perhaps a bit gloomy but also a little magical. The ancient city of Warsaw emerged, however, with its atmosphere and its “difference” with the big ones to which many of us are perhaps more accustomed.