The ancient Jewish ghetto of Warsaw still has much to tell

Today I want to tell you something about this part of the city, to conclude my story about my travel.
The neighbourhood, rebuilt as happened for much of the city, still keeps alive the memory of history, heroes and horrors. I want to talk to you about 2 commemorative monuments and two museums, one of which certainly impressed me a lot and was not “easy to visit”. Let’s start then the discovery of the Jewish ghetto of Warsaw.

Monument to the Warsaw Uprising

The Warsaw Uprising broke out on August 1, 1944. It lasted until October 2, 1944, representing one of the most critical and devastating events in the history of Warsaw and Poland. It was in those months that most of the buildings in Warsaw were destroyed (about 90% of the city was destroyed during the Second World 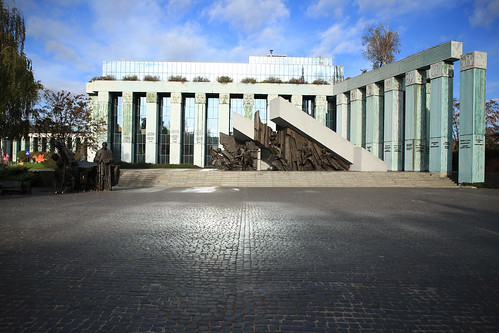 War). The uprising was organized by the Polish resistance movement that had fought for Poland’s independence during the conflict (mainly was the home army). It represented a highly controversial event for the communist authorities of the post-war People’s Republic of Poland. Returning to the present day, I noticed several flowers and candles at the foot of the leading group of statues. For today’s city, this monument has become a place to remember and pay homage to those people who gave their lives for the independence of the country.

Monument to the ghetto heroes

In Polish, it is called Pomnik Bohaterów Getta, and is a commemorative monument, in memory (also this) of the revolt of the Warsaw ghetto. Why was it built in this exact  point in the ancient Warsaw Jewish ghetto? Because it was from that point that the first armed clash of the revolution began. In the same place, numerous disputes took place between the Jewish partisans of the Warsaw ghetto and the German troops. The monument was partly built with the material used by the Nazis for other purposes, which was brought to Warsaw in 1942 and the memorial was inaugurated in April 1948. The first part of the memorial, a small commemorative plaque, was inaugurated on April 16, 1946. Circular in shape, on this plaque there is an inscription in Hebrew, Polish and Yiddish

“For those who fell into a heroic and unprecedented struggle for the dignity and freedom of the Jewish people, for a free Poland and for the liberation of humanity. Polish Jews “

Another monument, 11 meters high and sculpted by Nathan Rapoport, was inaugurated on April 19, 1948. The memorial wall was designed to recall not only the walls of the Warsaw ghetto but also the Western Wall (Kotel) of Jerusalem. A sculpture was also made, which constitutes the western part of the monument; this bronze statue depicts a group of insurgents (men, women and children) armed with Molotov cocktails and guns. The central figure illustrates Mordechai Anielewicz, the head of of the Żydowska Organizacja Bojowa during the uprising.

Where is it: Ludwika Zamenhofa (in front of the POLIN museum)

The museum is located exactly in front of the monument to the heroes of the ghetto. Inside there is a multimedia exhibition-story about the Jewish community born and developed in Poland from thousand 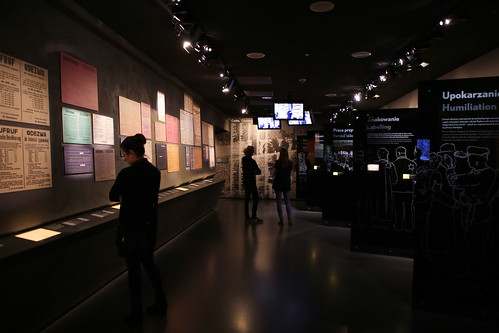 of years ago until the Shoah. The museum covers an area of ​​almost 13.000 square meters, and the exterior is decidedly very minimalist. Since the museum aims to tell the entire history of Jews in Poland, the designer wanted to avoid similarities with existing Holocaust museums (such as the Jewish Museum in Berlin). The main exhibition itinerary begins from the lower floor (in the basement): from the seventh century (approximately) when the first groups arrived at the present day, passing through a real migration in the twelfth century.

American anthropologist Barbara Kirshenblatt-Gimblett, who organized the museum’s collections, says: “The goal is to tell a story that not only gives a sense of the Holocaust, but that goes even further”.

The route is quite long, and for your visit, I suggest to consider at least two hours. On the floor of the ticket office, you have to go under a metal detector (empty your jacket pockets, they won’t let you take it off). You can leave bags and coats in the wardrobe lockers.

The construction of this building began in 1830 on the order of Count Fryderyk Skarbek, who at the time was part of the State Council of the Kingdom of Poland. The structure, 155 meters long and 12 meters wide, was structured on four floors and was located between the Dzielna, Wiezienna and Pawia streets (from the latter it takes its name). 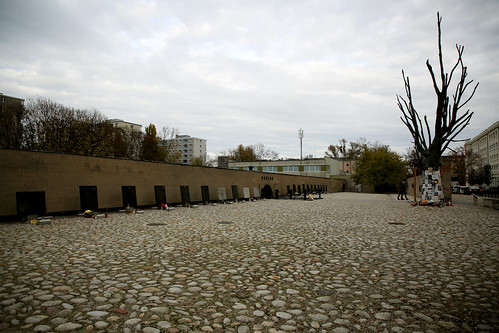 The Pawiak prison has been used for more than a century. During the riots of 1836, it was used as a prison for the Poles who would later be deported to Siberia. It became a male prison where “common” criminals were imprisoned. In 1939 the history of Pawiak began as a Gestapo prison, becoming (or returning to being) a place of political imprisonment. Here, during the Second World War, about 300,000 people were imprisoned, including partisans, rebels, political prisoners, and many civilians captured during the raids (of the Warsaw Ghetto and beyond). Tens of thousands of people were sent from Pawiak to concentration or extermination camps. Still, it is not easy to understand the actual number because the prison archives were never found. This is the place of the Jewish ghetto in Warsaw that struck me most. I admit that I wavered for a moment during my visit, that I struggled for a moment to continue my tour. There are documents, photos, clothes of the prisoners here exposed and you can peek inside the rooms that were once the cells and other places of the prison.

I finally manage to work on my profile on TripAdvisor again, and I created a map with all the places in Warsaw that I visited. I hope it will be useful to have on hand or even to take a cue for your trip.