Even before leaving for Turin I had decided that the first two visits during my weekend would have been the national cinema museum and the Egyptian museum.
Knowing that these are two places that deserve a lot of attention and visits to be done very calmly and patiently, I wanted to organize the weekend “around” these two museums without rushing.

The museum is set up inside the Mole Antonelliana, the symbolic building of the city of Turin. It is made exclusive (it is defined as unique in its kind) by the particular exhibition layout. The exhibition, decidedly vibrant, develops upwards in a spiral way, retracing the history of cinema from its origins to the present day. From the shadow theatre and the first fascinating magic lanterns that constituted the prehistory of the 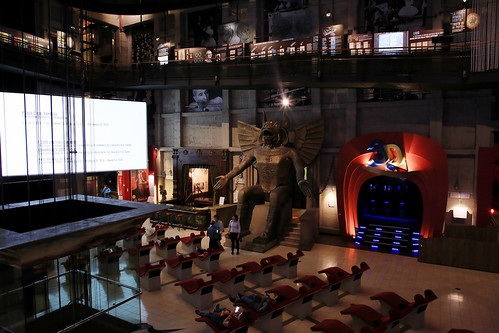 “seventh art”, to the most spectacular special effects of our day. The idea of ​​a museum that told the history of Italian cinema dates back to 1941 and was born from the mind of Maria Adriana Prolo (film scholar). With the help of illustrious people from the cinema, (the first) memorabilia and documents that told the history of Italian cinema were purchased, stored in a room of the Mole Antonelliana. In 1995, for the anniversary of cinema, the museum was moved from Palazzo Chiablese to the Mole Antonelliana. The venue, scenically organized by the Turin architect Gianfranco Gritella and the Swiss scenographer François Confino, was inaugurated in 2000. I went to visit it on the day of my arrival in Turin, thanks to a closing time that allowed me to do it (I arrived at 16 in the hotel, the museum closes at 20). To visit it entirely, it took me about 2 and a half hours, let’s also say 2 hours and 45, perhaps going too fast.
I’m sure of one thing: we are talking about a museum with a great charm, which has bewitched me from the beginning. It is not only a symbol of the city of Turin, a unique place of its kind, but also a place that can only fascinate those who visit it. After this weekend in Turin, therefore, I personally don’t feel like confirming the beauty of this museum: it could only be a city icon!
Address: Via Montebello, 20A
Website: www.museocinema.it;
Opening Hours: Wednesday to Monday from 9:00 to 20:00 (Tuesday closed);
Ticket:
Visit the museum 11 euros
Climb to the dome 8 euros
Museum + dome 15 euros
NB: All the appropriate reductions are also present.
Duration of the visit: at least two hours – two and a half hours

The Egyptian Museum of Turin is the oldest museum entirely dedicated to Egyptian civilization. It is considered, today, the most famous Egyptian museum in the world after the Cairo museum. In 1824 King Carlo Felice purchased collections of Egyptian finds, including the Bernardino Drovetti collection (8,000 pieces of various types) and thus gave space to the first Egyptian museum in the world. The director of the museum Ernesto Schiaparelli started new purchases and new campaigns towards the end of the 19th century: this led to the museum’s collection counting over 30,000 pieces around the 1930s. 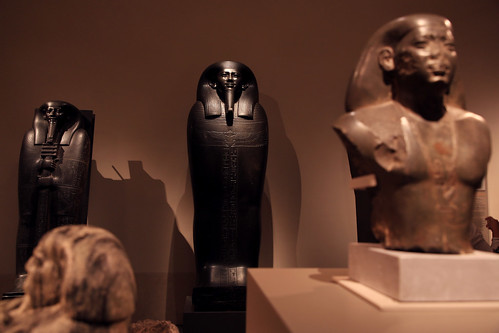 The museum currently covers an area of ​​60,000 m² divided over 4 floors (three floors above ground and one underground) and the visit obviously follows a chronological order. If you take the audio guide, which is included in the ticket, you can choose between a 1 hour and a half and a two and a half hour route. I went for the first one, but in the end, I pulled anyway for the long going at a slow pace to enjoy my visit.
From what I had read before my trip, looking for some information about Turin, I knew it was a museum that would have surprised me, even if I am not passionate about Egypt: after my visit, I am nothing short of delighted by the beauty of this place. While I was going out, I admit, I almost felt like returning for another visit: I wanted to look more carefully at the finds on which I had already focused and to look more at those that perhaps I had left out a little. My suggestion? Consider at least half a day for this visit, arriving early (I would say at the opening) and going around with all the calm “due” to a museum so valuable and rich in history. Stroll calmly through its rooms, carefully observe what is exposed to you, because it will take you on a journey through time and Egyptian history.
Address: Via Accademia Delle Scienze, 6;
Website: www.museoegizio.it;
Opening Hours:
Monday from 9:00 to 14:00;
Tuesday – Sunday from 9:00 to 18:30;
Ticket: 15 euros (museum + temporary exhibition);
Duration of the visit: at least two and a half hours;