Only a few years ago, I started visiting cemeteries, places that attract tourists (for a long time now). Although initially, the idea did not appeal to me, I now admit that London cemeteries deserve a visit (both monumental and smaller ones): whether large or small, hidden and unknown or famous and visited, almost all hide stories and celebrities. The ones I definitely recommend are four.

Located in the Highgate district (northern part of the city), it was opened in 1839 as part of a plan to build seven large, modern cemeteries outside the built-up area of London (called the “Magnificent Seven”). 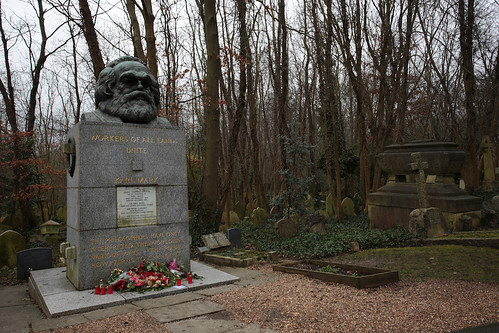 Today it’s included in the Register of parks and gardens (National Register of Historic Parks and Gardens) of particular historic interest in England from English Heritage. The Highgate cemetery is divided into two parts, eastern and western, and about 170,000 people are buried in about 53,000 tombs. The western part is the oldest, built in Victorian style, and is accessible only by taking part in guided tours; the eastern part, however, can be visited freely. If you are interested in “famous tombs” tours, you will find several at Highgate! To give just a few examples, you can find here the burials of Karl Marx, Douglas Adams (recognizable by the pen holder in front of the tombstone), George Elliot and Malcolm McLaren (impresario, among others, of the Sex Pistol).
Small note about the western part: This is accessible only through guided tours in English, lasting 70 minutes. Children can participate from 8 years of age.
Official Website: https://highgatecemetery.org Address: Swain’s Lane;
Entrance ticket:
Eastside: 4 pounds (free for children under 18);
West part: Adults 12 pounds; Children (8 – 17 years) 6 pounds;
Opening Hours:
Eastside (every day except 25 and 26 December)
March – October 10:00 – 17:00
November – February 10:00 – 16:00
Last admission 30 minutes before closing
West part
Monday – Friday: tour usually at 11:00 and 13:45. Reservations are required (tickets are sold 5 weeks before);
Saturday and Sunday: Tour every half hour from 10:30 to 15:00 (16 from March October). Bookings are not possible, and tickets are on sale from 10:00.
How to get there: Archway station (Northern line, High Barnet branch). From the metro station you can reach the cemetery either by bus or a 10-minute walk;

It is located in Hyde park, near the entrance to Victoria Gate. It is not absolutely easy to find because it is relatively hidden from view by the vegetation of the park. 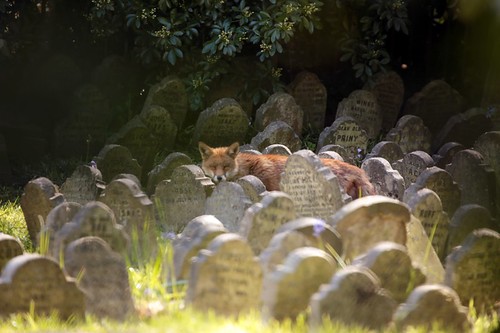 I initially looked for it walking in the park, concerning the caretaker’s house, but I realized that the only way to at least see it is to walk along the park along the outer road. This small cemetery was born in 1881 when children who lived in the nearby Cambridge Square and frequent visitors to the park asked the park keeper to be able to bury their little friend in that area: the caretaker didn’t feel like telling them, no, giving so life in the cemetery. On reaching the 300 burials, including the park police mascot, the cemetery was closed in 1902 due to lack of space. With a bit of luck, you might even come across a small and adorable fox wandering around this little cemetery, very naturally, as if you were at home.
Website: On the site of the royal parks (www.royalparks.org) you can find the links to book guided tours: https://www.royalparks.org.uk/search?query=pet+cemetery
Address: Victoria Gate Lodge, Bayswater Road;
Opening hours: depends on visits. From the outside you can see it at any time;
How to get there: Lancaster Gate metro station (Central line);

Officially called “West London and Westminster Cemetery”, this Victorian-style cemetery is one of the seven major city cemeteries and is part of what are called “Royal Parks”. 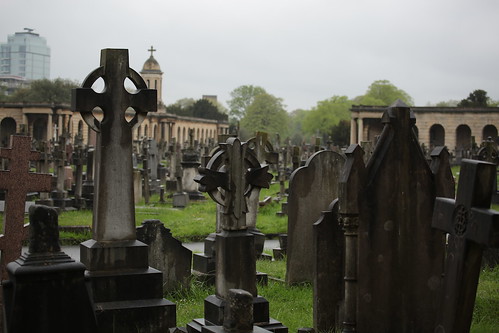 In the XVIII century there was a fruit and vegetable garden for the city markets, while today, with its 211 thousand burials, it is one of the largest cemeteries in the city. Among its most illustrious guests we find:
Samuel Baker – British explorer
Charles Allston Collins – painter
William Crookes – chemist
John William Godward – painter
Henry McGee – actor
Lionel Monckton – English composer
Roderick Murchison – Scottish geologist and pantheologist
Emmeline Pankhurst – English feminist
Frederic George Stephens – art critic 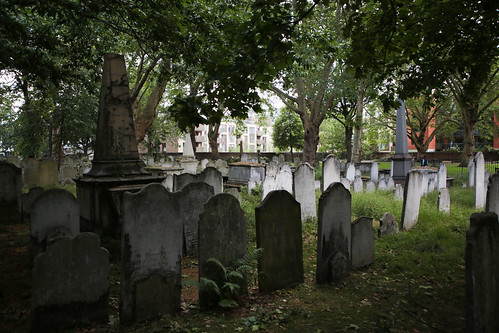 Small, very quiet and populated by many squirrels, the Bunhill Fields cemetery is very interesting from a historical and religious point of view: it is an unconsecrated ground that was used as a burial ground for nonconformists, dissenters and, in genus, for non-members of the Church of England, then Baptists, Quakers, Methodists and Presbyterians. The name “Bunhill” derives from Bone Hill, “hill of bones”, and arises from the fact that the area was used as a burial site since the time of the Saxons. 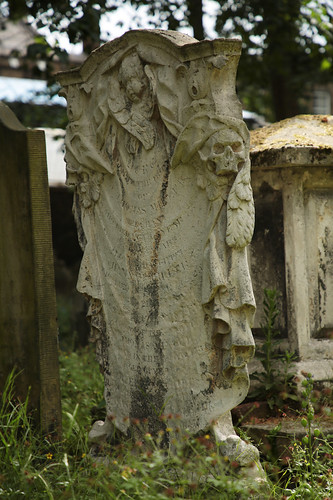 In 1665, during the Great Plague, it was destined for the use of a common cemetery to bury bodies that could no longer be contained in church cemeteries. It was used until 1855, for about 120,000 burials. In 1867 an act of the Parliament destined the area of ​​Bunhill Fields to open space, maintained by the Corporation of the City of London as a green area of ​​public use. At that time, improvements were made such as planting trees and enclosing the cemetery area. Damaged during the Second World War by German bombing, it was rebuilt in 1960. The site was redesigned by one of the most renowned landscape architects of the time, Peter Shepheard (1913–2002). The cemetery now contains 2,333 monuments, mostly simple tombstones.
Many famous people are buried here, such as:
William Blake (1757-1827), poet, and his wife Catherine (1762-1831)
John Owen (1616-83), Congregational Minister.
Susanna Wesley (1669-1742), mother of John and Charles Wesley.
Daniel Defoe (1661-1731), author of Robinson Crusoe.
John Bunyan (1628-1688), author of The Pilgrim’s Progress. On his tomb, the most elegant of Bunhill Fields, we see the effigy of Bunyan himself (added in 1862, during the restoration work) and some bas-reliefs with scenes from his great Christian allegory “The Pilgrim’s Progress”.
Isaac Watts (1674-1748), author of religious hymns.
Thomas Brooks (1608-1680) puritan preacher and author.
George Fox (1624-1691), founder of the Society of Friends (Quaker) – in the “Quaker Garden”, next to Bunhill Fields Meeting House.
Thomas Bayes (1702-1761), a mathematician, statistician and British Presbyterian minister.
The tomb, chapel and home of John Wesley, founder of Methodism, is located on City Road. Legend has it that John aligned his chapel so that it turned towards the tomb of his beloved mother. In Banner Street is Quaker Gardens, another ancient burial site.
The nearest subway station is Moorgate served by Circle Line, Hammersmith & City Line, Metropolitan Line and Northern Line.