During a trip to Madrid, a walk in the Parque del Retiro is undoubtedly among the “must do”. The gardens, as well as the Royal Palace of the Good Retreat, were designed and built between 1630 and 1640, the period in which the Count-Duke of Olivares (Gaspar de Guzmán y Pimentel) gave some land to King Philip IV to be created a space for court lounges. 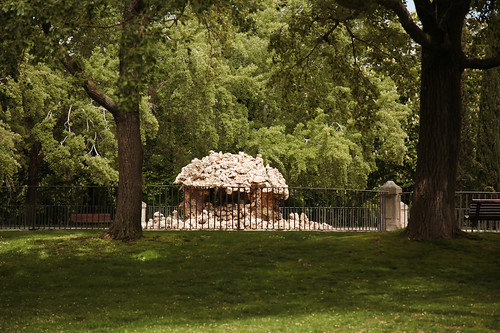 The direction of the works was entrusted to the architects Giovanni Battista Crescenzi and Alonso Carbonel: under their supervision, several buildings were built (including) the Teatro del Buen Retiro, the Casón del Buen Retiro (the ancient ballroom) and the Army Museum. Over time, the park has obviously undergone changes and restructuring. The citizens of Madrid had access to the park, thanks to King Charles III, on the one condition that they were clean and well dressed. 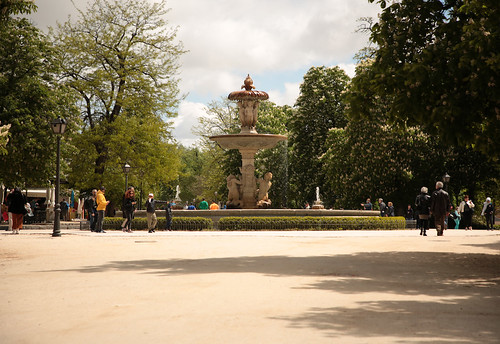 In 1808, during the French invasion, the gardens were used as a fortification by Napoleon’s troops and suffered severe damage. The Royal Palace of the Buen retiro was destroyed. Ferdinand VII began the reconstruction of the park after the Spanish War of Independence, then also opening part of the park to the public (as Charles III had already done). Ferdinand VII reserved an area of the park for himself and built a series of buildings there (the fisherman’s house and the artificial mountain are still preserved). 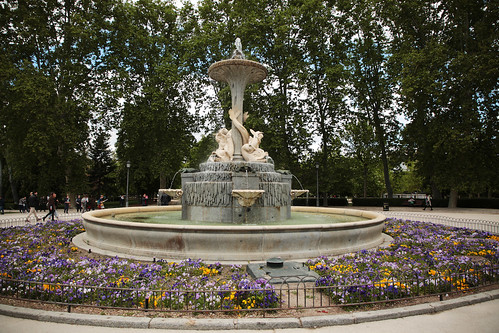 After the revolution of 1868, the park became public property and was finally opened to the public. The Turtle Fountain, the Fountain of the Artichoke and the Fountain of the Fallen Angel date from this period. In the same period were also built the Crystal Palace and the Palace of Velázquez, by Ricardo Velázquez Bosco. The last works of the arrangement of the gardens were completed by Cecilio Rodríguez. But what to see while walking in the park? There are several places of interest, let’s see them one by one.

The rose garden of the park was built in 1915 by Cecilio Rodríguez, senior gardener and director of the Department of Parks and Gardens of the Municipality of Madrid. The idea was suggested to him by Carlos Prats (he was the mayor of the city), to copy the fashion of roses in the parks of other European cities. 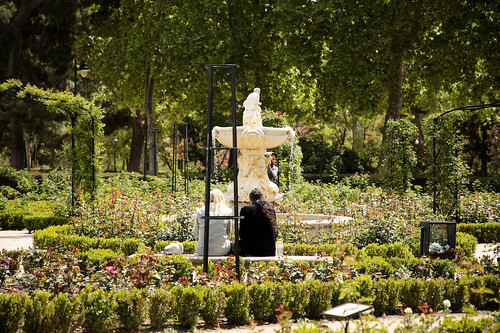 The gardener chose the Bagatelle rose garden in Paris as his model. Characterized by a circular plant, this small rose garden is home to roses of many varieties brought from the central gardens of Europe.
During the Spanish Civil War, the roses were destroyed entirely. In 1941, 4,000 new roses were planted. At the time, no botanical criteria were followed, thus mixing the different varieties of roses: a new rose garden was inaugurated in the Parque del Oeste on May 24, 1956, this time following a rigorous botanical criterion.

It is a Victorian-style building made of metal and crystal, made by Ricardo Velázquez Bosco based on a project inspired by the Crystal Palace by Joseph Paxton. 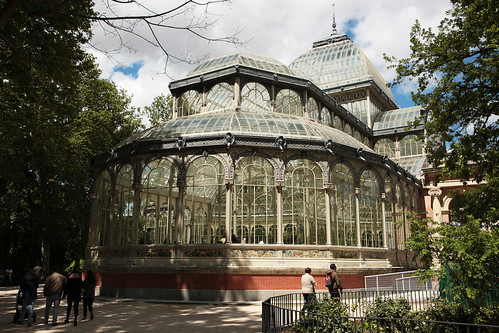 The building was built in 1887 on the occasion of the Philippine Islands Exhibition. The building is surrounded by horse chestnuts, and in the lake, in front of the palace, there are some examples of bald cypress of the marshes, whose main characteristic is the fact that part of its trunk and its roots are located below the surface of the water. In 1975 the building was restored, and the works brought it back to its original appearance. Currently, it hosts exhibitions of contemporary art.

The Palacio de Velázquez was built to a design by the architect Ricardo Velázquez Bosco, between 1881 and 1883, 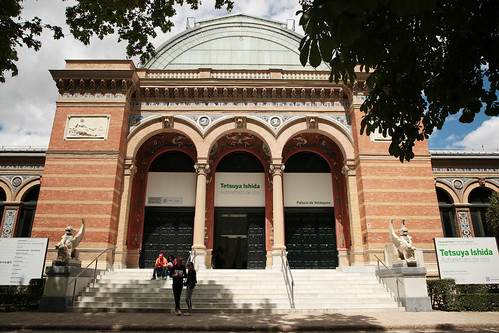 on the occasion of the National Mining Exhibition that took place in the city between May and November 1883. The building is constructed with two-tone bricks and has a roof made up of iron arches and glass windows that make the interior light up with natural light. Currently, the building belongs to the Ministry of Culture and hosts temporary exhibitions of the Reina Sofía Museum.

Fountain of the fallen angel

The fountain of the fallen angel, in Spanish Fuente del Ángel Caído, is inspired by the lost Paradise of John Milton 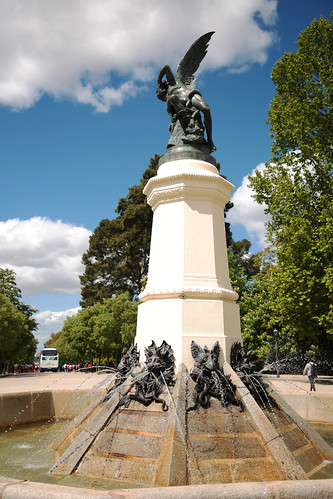 and represents Lucifer in the moment of the fall from Heaven. The fountain was built in 1874 by the Madrid sculptor Ricardo Bellver, on the initiative of Duke Fernán Núñez, and was awarded during the 1878 Universal Exposition. It is believed that this fountain is the only monument in the world dedicated to Lucifer (in Santa Cruz de Tenerife is a monument recently named after the Ángel Caído, but represents General Franco holding a sword in the shape of a Christian cross with the tip pointing towards an angel of peace).
The small square where the fountain is located is at a topographic height of 666 meters above sea level in Alicante, which, together with the belief that the monument is a sort of “tribute” to Lucifer or evil, has sparked the imagination of many esotericists.

The monument to Alfonso XII overlooks one of the lakes in the park, which is possible to “surf” by renting rowing boats and around which there are numerous bars and kiosks. 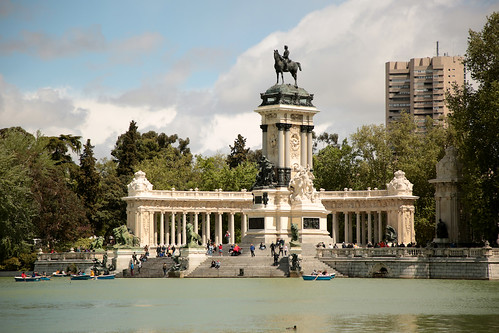 In 1902 the queen mother, Maria Cristina, organized a national competition to build a monument to King Alfonso XII that was won by the architect José Grases Riera, with a grandiose project to be carried out on one of the long sides of the Estanque del Retiro. The group consists of a large marble colonnade with a large number of sculptures surrounding the bronze statue of the king. The monument, 30 meters high, 86 meters long and 58 meters wide, was financed with a public subscription and was inaugurated on June 6, 1922.