Today I’ll take you through 3 buildings (+1) to visit in London: 3 buildings that, in their own way, knows how to tell a part of the history of this great city. 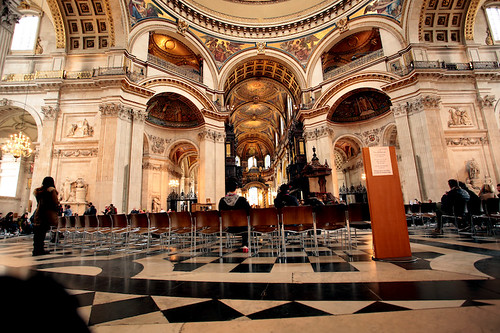 We begin from the beautiful St Paul’s Cathedral, the London cathedral. Tickets are a little bit expensive, 18£ for full price ticket, but the visit will be able to repay you for this expense! I recommend you to begin your tour with the interior of the cathedral and its crypt, where are buried some of the most important people of the history of London : Wren, the “London architect” (he designed and built the cathedral itself, which is considered his masterpiece), the Duke of Wellington and Admiral Nelson. There are two things worthy of particular note: the whispers gallery and the view from the dome. 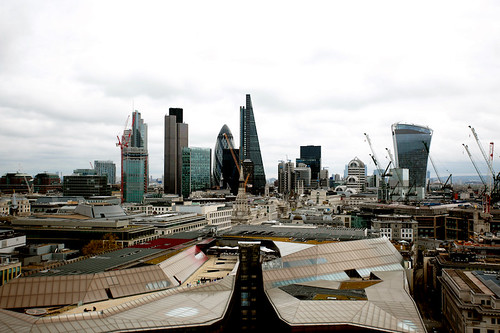 To reach the top of the dome you have to climb a staircase of 550 steps (the whispers gallery is located half-way and is a good excuse for a short stop): get to the top is tiring, but the view will definitely pay for that! A brief side note about the dome: it’s a “false dome” and Wren took his inspiration from the dome of St. Peter’s Basilica in Rome. Wren designed a large cupola, formed by three overlapping domes: The highest has no structural function but offers an impressive sight; the lowest has a decorative function; the false dome in the middle has a structural function. The cross on the summit reaches 108 meters high. For any additional information you need I suggest you to read the official website.
How to get there: The nearest metro station is in St. Paul’s, where he spends the Central Line (the red line).
After all this exercise, now it’s time to move straight to the next place of our tour:Two Temple Place. 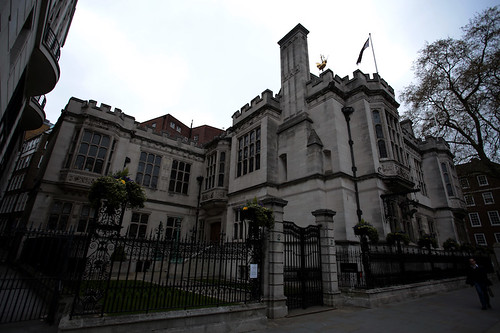 It is the home of the founder of Waldorf Astor family, the owner family of Waldorf Astoria luxury hotels. Today that buoilding is a museum, but unfortunately it isn’t possible to visit it until its reopening in 2017. Despite this I recommend you to drop by to see it  at least from the outside: its beautiful gothic architecture is simply beautiful and in some small details it’s definitely kitsch! Ihe fact that that building was able to resist in a city like London, where the old is “eliminated” constantly to make space for the new things, makes honor to it. For all the informations about the reopening, the next (new) exhibition, tickets and opening times I suggest you to have a look at the official website of the museum.
How to get there: the nearest metro stations are Temple – District & Circle lines (110 meters, the closest), Covent Garden – Piccadilly line (830 meters) and St Pauls – Central Line (1090 meters, the farthest).
I want to conclude this tour with the Freemasons’ Hall, headquarters of the United Grand Lodge of England and the main meeting point for Masonic lodges in London. 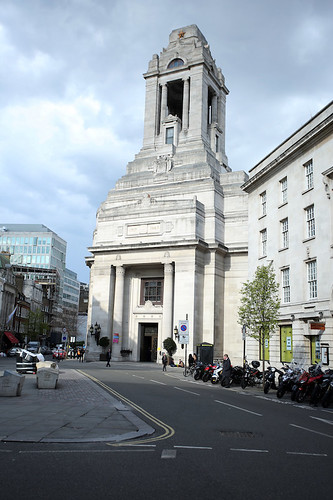 I managed to get there during my trip in London in late April, during my “Sherlock tour”, after I had postponed several times this stop to my next trip in London. On this site have followed three different Masonic buildings, point of Masonic meeting since 1775, and the current dates back to 1933. Some parts of the building are open to the public and the admission is free (you can see the official website).
How to get there: the nearest underground station are Covent Garden (Piccadilly Line) and Holborn (Central Line)
Now we come to the “+1” of the title, a shop for tea lovers: I’m talking about the Twining Shop
The shop is still where it was opened by Thomas Twining (the founder of the tea house) in 1706. Today it isn’t just a shop, but also a museum and you can find  blends of tea from around the world, herbal teas and infusions). 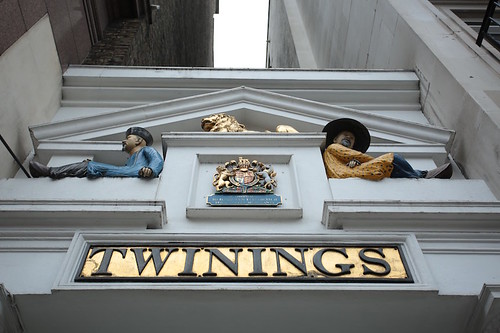 How to get there: the address is 216 The Strand. The nearest tube station is Temple (circle and district line)
I leave you with the video story of these places in London. The video is very short, I have to admit, but for me it is a further additional way to tell what I have written in this article. I hope it will please you.
PS: if you scroll the page, after the video you will find the Google Maps screen with these places market on the maps