What to see in London outside zone 1, moving away from the city center? There are a lot of things to see, more than you can imagine! Here there are my seven tips on what to see in London outside the zone 1. These places are quite far apart, so I recommend you to use the underground to get from one to the next. Let’s start from the north bank of the Thames to go west, moving then on the other side of the river to go to the east. 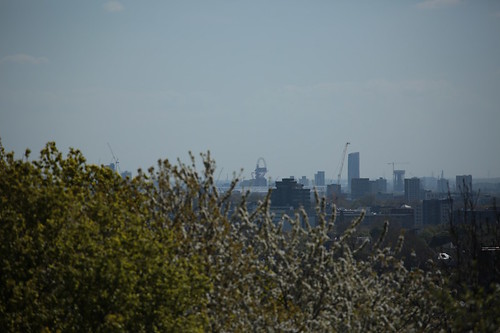 My love for landscapes is well known between my friends. I love also all kinds of elevated points from where I may observe in a better way a city and its landscapes. For that reason, today, I want to begin this post from Parliament Hill, an hill which overlooks the city. It’s located in the south-east of the Hampstead Heath park (Hampstead is a residential area reached by some of the Overground lines and some buses). A hundred meters high, this hill offers a beautiful view of the city. I had made few walks in Hampstead park, but I hadn’t ever stop to admire the view from this hill and, today, I must admit that I should have done this walk much earlier.
How to get there: the nearest stops along the Overground are Hampstead Heath and Gospel Oak. NB: with the 24 bus, from here, you can get to Camden Town) 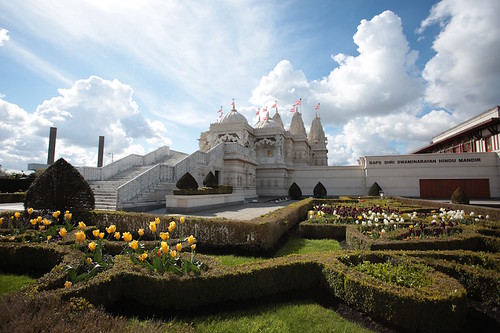 We move now to BAPS Shri Swaminarayan Mandir Neasden (called “Neasden Temple”), the first and biggest Hindu temple built outside of India. It isn’t possible to bring the bags inside (you can leave your bag in luggage storage in a parking lot across the street) and it is forbidden to take pictures and shot video. As you enter you have to pass under a metal detector, hand over any lighters you have with you and go to deposit your shoes in dedicated stores (two for women and two for men). Admission is free, you pay for a ticket (2 pounds) just to visit the exhibition about Hinduism, which I found very interesting.
How to get there: There are various ways and, for convenience, I point out the one I used. I took the underground to Stonebridge Park Station (first the Bakerloo line and then the London Overground); then I took bus 112 (from the freeway, NOT in front of the metro) and get off at the fourth stop,  from where I just took Brentfield Road (though, to be sure to get off at the right stop, you can ask to the bus driver). 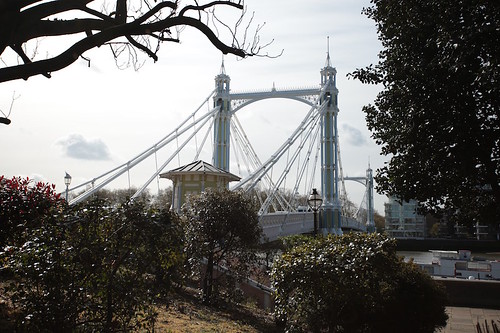 Now we cross the Thames walking through the Albert Bridge. It has, since it was built, some stability problems and for this reason it’s called “the trembling lady.” To understand the entity of these problems keep in mind that the military must “break up the step” to be able to cross the bridge without problems (that means: no marching on the bridge!).
The structure is very nice and I read that in the evening the atmosphere is made even more beautiful thanks to the 4000 bulbs that illuminate it.
How to get there: The nearest metro station is Sloane Square (circe and district line, the yellow and green ones). 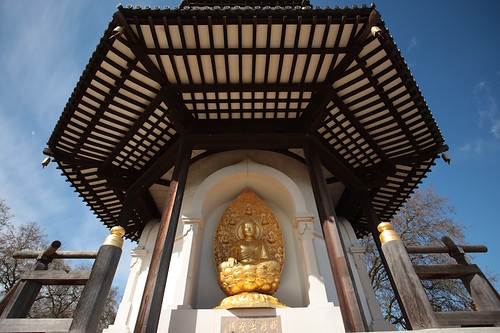 On the other side of the bridge there is the Battersea Park: a small, but not too much, park. It’s very well maintained and very populated by mothers with children, families and people who takes out their dogs for a walk. Inside the park is located the Peace Pagoda, built in 1985 by Japanese Buddhists in remembrance of the dead in Hiroshima. It overlooks the Thames and, although a little hidden by trees, you can also see it from the other side of the river and from the bridge. It is not very large and, in my opinion, is well integrated with its surroundings.
How to get there: The nearest metro station is, as for the bridge, Sloane Square (Circle and District lines). 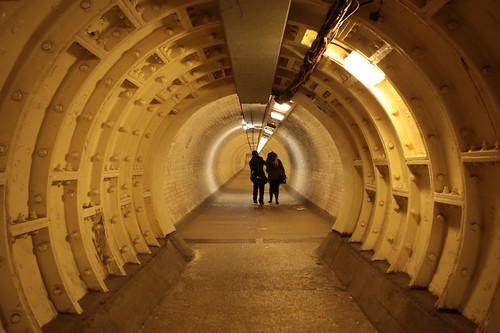 Let’s move to Greenwich, where is located the Greenwich foot tunnel. We talk of a 390 meters long pedestrian tunnel that passes under the Thames. One entrance is near the Cutty Sark sailing ship which is located in Greenwich and that you can not see! The two tunnel entrances are perfectly recognizable, either by their form and by the large number of people coming in and out: I was amazed because it’s used by a lot more people than I thought!
How to get here: The nearest DLR station is Cutty Sark. You can take the DLR from the Tower Gateway station, near the Tower of London. (NB: it isn’t far from the Thames barrier and Canary Warf, two places outside the center that I recommend to see in another post of advice “extra zone 1”) 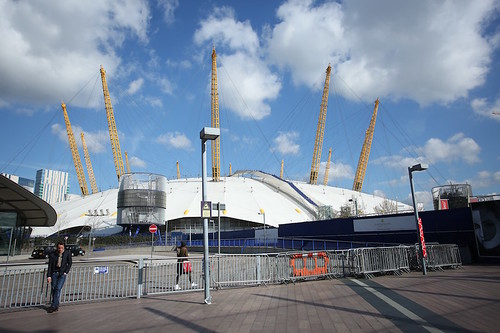 We are moving towards the end of our tour and we move to the O2 Arena, which more or less we all know for its unique architecture. It is one of the largest event venues in the city. Inside there is a huge space for concerts, plus many restaurants and a cinema. During the day, of course, the restaurants are closed and also the people passing through is very little, but in the evening it is much more experienced by Londoners (and not). It may be interesting to come here to have a close look at its modern profile.
How to get there: the nearest undergrount stop is north Greenwich, along the Jubilee Line (gray line) 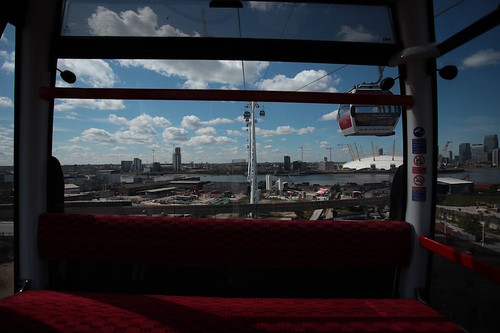 I conclude this tour by taking you to the Emirates Air Line, also known as London Cable Car  or Thames Cable Car: it isn’t far from the O2 (5 minutes walk) and is used by many Londoners as “public transportation” (or at least that was my impression). It is a Cable Car that connects the Greenwich Peninsula with the Royal Docks offering to  its passengers a great view of London and its river (i loved that view, it was simply spectacular). 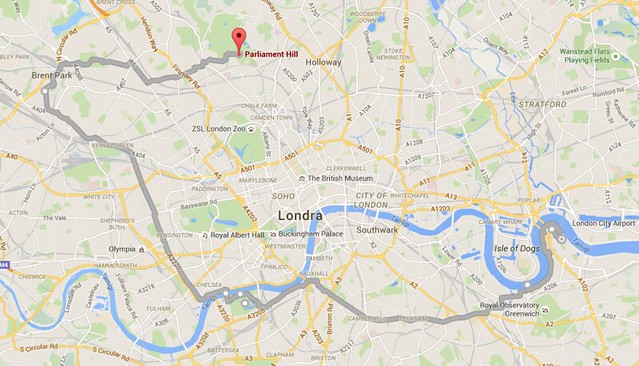