I have to admit it: I have always known Philadelphia as the town on the background of the Rocky films, even though I always thought that the city was absolutely not just “the set of a film”. If I had to describe the city with a short sentence, I would say that “Philadelphia looks like a lady of the eighties”. Of the three I visited, it is certainly not the city that most impressed me, even though in its own way it is undoubtedly the one that has the most to tell in terms of American history (and the birth of the nation). 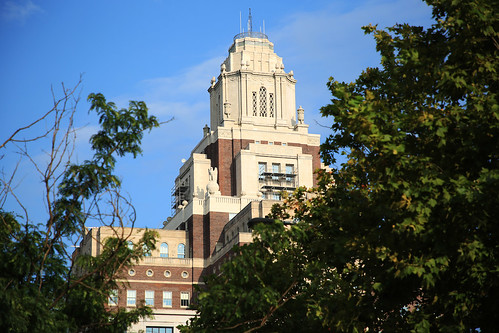 Today I begin to tell you about it, after having visited it in August 2019, from useful information to discover this great American city better. I arrived in Philadelphia by train from New York: leaving from Penn Station, I arrived at 30th street station in Philadelphia, connected to the city centre with the blue metro line. Let’s see, however, all the information point by point and go in order.

Philadelphia has two subway lines that cross the city centre: the Blue Line (Market-Frankford) that cuts the city in two from east to west and the Orange line (Broad Street Line) cuts from north to south and meets with blue in City Hall. Buses are the means that cover the entire city. I didn’t use them, I mostly walked around without any problems, but I couldn’t help but notice that, in fact, Philadelphia has a good number of bus lines that allow you to move around with few problems for the city. Then there are the Trolley, or trams (which, however, seem more like a public attraction than public transport). The tram lines are 8, but there are no stops in the city centre.
I admit to having used rarely the public transport: the main places to visit were not far from the apartment I had chosen (in the historic centre), but I still found it quite easy to understand how to move between the various lines.

The single ticket costs 2.5 dollars.
The weekly pass costs $ 25.5
The “convenience pass” valid for a day what 9 dollars (8 trips per person in a day)
There is also a monthly pass that costs $ 96. Here I share the image taken in the “rates” section of the Septa website, the city’s transport company. To and from the airport

The 30th street station is the central hub between Philadelphia International Airport and the city. There is a regional train service that takes you to the city and vice versa in about 20 minutes. The ticket (for adults) costs 7.5 dollars per person and the trains to the airport leave from platform 6 of the “regional railways” section of the station.

As for the other two cities, even in Philadelphia, managing to keep costs down was not easy (I have to admit it). But surely it is not impossible! I booked an apartment, and that helped me a lot. I went to the supermarket to buy my morning breakfast and sometimes also for dinner. But if you pay attention, you can go out a few times without spending a lot of money.

I chose an apartment on Airbnb, as in Boston and New York, because the cost was much lower than what a hotel would have cost me (we’re talking about saving around 400/500 euros for three nights).

The fact that I opted for an apartment led me, of course, to have to look for supermarkets to get food for breakfast and the dinners I decided to do in the studio. I found the same markets as the other two cities, as well as local shops and markets where I could buy food and everything I needed for my days:
7 Eleven – A small market that offers the essentials, but you will hardly find us second to be able to cook at home;
CVS Pharmacy – I also used this chain in Philadelphia, but above all to buy water to take me around and little things like snacks and snacks;