I have already said several times, on my return from the trip to the USA, that Philadelphia is the city that least affected me among the three I visited. But the fact remains that it is one of the American cities that best tell the story of the revolution and the birth of the United States of America. Today, then, I want to tell you about four places in Philadelphia to visit to find out more about this part of American history.

The Liberty Bell arrived in Philadelphia on September 1, 1752, and is perhaps the symbol most commonly associated with the American Revolution. He had already played to announce the opening of the first continental congress (1774) and after the battle of Lexington and Concord (1775): 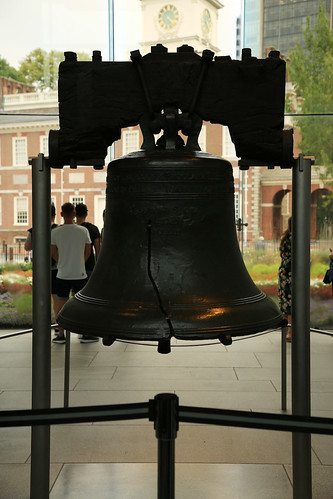 more precisely July 4, 1776, when its tolling gathered the citizens of Philadelphia for the first reading of the Declaration of Independence. It is also called “Old State House Bell” since, in 1837, it was adopted by the American society against slavery, as a symbol of the abolitionist movement. In the United States, therefore, this “simple bell” is a symbol of independence, love for the homeland and freedom. In the past, it was installed in the tower of Independence Hall, one of the twenty US sites included by UNESCO among the World Heritage Sites. In 1876, in the anniversary of independence, the Liberty Bell was replaced with a Centennial Bell. Today it is located inside the Liberty Bell Center.
A little (more) of history. It was forged in 1751 in the Whitechapel district of London (and yes, it rang to mark the end of English control). The crack that characterizes it dates back to its first years of life and use: to try to fix it there were two blacksmiths, Pass and Stow, but the crack has always remained there to characterize the profile of this object so crucial for American history.

Located on Chestnut Street, between 5th and 6th Street, the Independence Hall is best known for being the place where the United States Declaration of Independence was discussed and ratified. 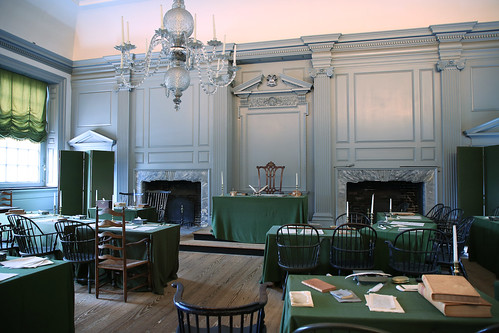 The building was completed in 1753 and took the name of Pennsylvania State House, the seat of the Province of Pennsylvania and became the meeting place of the Second Continental Congress during the American Revolution. The building is now part of the Independence National Historical Park and is included among the World Heritage Sites.

Apart from the art museum, which I will talk about in another post, this is the only other museum I chose to visit during my stay in Philadelphia. I was curious to visit it to find out how the museum tells about the revolution and, therefore, the birth of the United States. 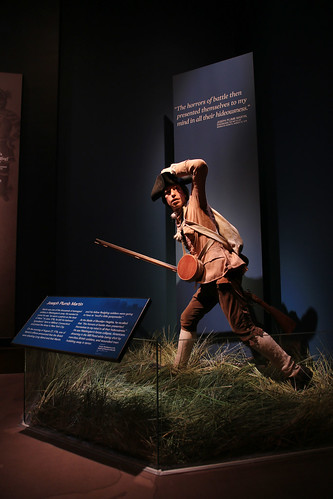 There are exhibited original artefacts, waxes that represent characters of the revolution, along with videos that tell moments of the history of that period. There is also exposed the reproduction of the vessel on which the 14-year-old James Forten (an African American boy) volunteered. Everything contributes to recreating in the best way that period and the environments in which everything took place: visitors are accompanied on a chronological journey from the roots of the conflict in the 1860s, obviously passing through the creation of the American republic. Following the path, visitors are exposed and told about the reasons for armed resistance to British taxation, the nature of the Declaration of Independence and why those events are essential for today’s America.

It will be possible to admire objects belonging to George Washington and to see original artefacts of the time, including weapons and uniforms, and much more like famous scenes replicated with over 20 mannequins depicting the protagonists in the revolutionary act.
Ticket: 21 dollars;
Duration of the visit: 2 hours and a half (at least);

This small museum tells the life of Benjamin Franklin, a prominent figure in American history, and the legacy he left behind, narrating and exposing his personality and his studies. 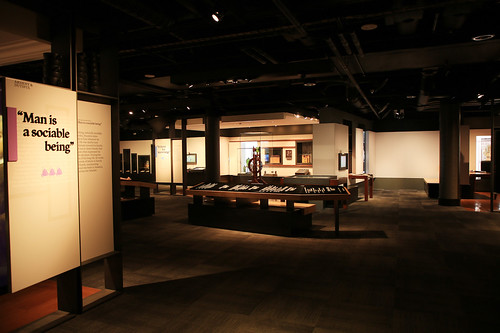 The exhibition area is divided into five “rooms” with each room focused on a particular trait: ardent and respectful, ambitious and rebellious, motivated to improve, curious and full of wonder, strategic and persuasive. There are videos, touchscreen interactive elements, mechanical interactive elements and artefacts in every “room”. An additional area called “Library” presents a video with excerpts from Franklin’s autobiography. Numerous objects are displayed in the museum, alongside screens with animations and various interactive screens: everything is fascinating, there are many invitations to “touch” the objects on display, and everyone seems to have a great time.
Ticket: 5 dollars (2 dollars for children).
Please note: don’t forget to visit the printer, where the rangers will tell you more about what is on display. Boston, New York and Philadelphia: useful information for your trip