Boston was the first and last city I visited during my trip to the United States (August 2019). After the post with all the useful information, today TOday I want to talk to you about the journey to discover the islands of its bay, “populated” by numerous islands and islets. I then started studying what was possible to do and see on the various islands, and I chose the two that most inspired me. I bought the ticket directly at the pier, for the BHS ferry (about $ 20 the whole one): I was able to make all the movements I wanted between the various islands, the important thing was always to take the BHS ferries.

“The horrors of imprisonment, close confinement, no one to see or talk to, with the reflection of being cut off for I know not how long and perhaps forever — from communication with dear ones at home, are beyond description. Words utterly fail to express the soul’s anguish.”

On the island, there is a service centre. There you can ask information about the island and the ferry boats that connect it with Boston and the rest of the bay. Near to the service centre, there is a refreshment point where it is possible to buy more substantial snacks and meals (it is, however, costly compared to the US 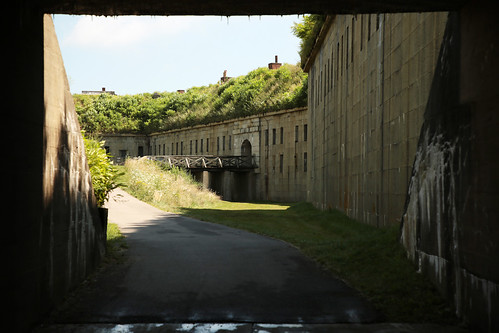 average). The main attraction of the island is Fort Warren, which takes its name from the revolutionary war hero Joseph Warren, who sent Paul Revere on his famous cavalcade and was later killed in the Battle of Bunker Hill. Fort Warren was built between 1883 and 1861 and is “famous” for being a place of imprisonment during the civil war. The fort has also long been known for the ghostly “Lady in Black”, 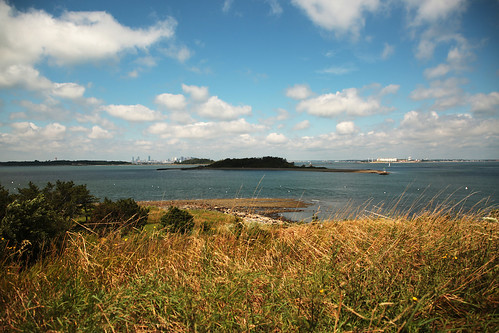 who is said to have wandered through his land. What to do besides visiting the fort? Theatre of the events of the American civil war, the island is above all a place to go to spend a day out, walking along the ocean or relaxing (or playing) on the lawns. On the island, little frequented by the Bostonians, unfortunately, it is not possible to swim (although there is still a beautiful pebble beach where it is possible to take long walks).

I chose this small island as a second (and last) stop for its nature trails and the small equipped beach. 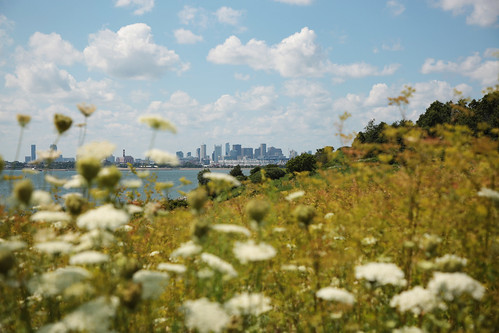 Among the various possible paths I chose to do the shorter one, especially for a matter of time, and I had no problems even if I didn’t have trekking equipment: in reality they are simple walks immersed in the nature of the island (maybe not go with evening shoes, but with at least one pair of sneakers).
For the return to Boston, we need to take the ferry timetables into account: after the 15:30 there are only another at 17:30: this means that we need to calculate the time for the walk well and return in time at the pier. Also here you will find a service recent (not very big though), a small bar and bathrooms for those who need it.

What other islands would I want to visit?

Basically, I wanted to visit at least two others (to see them all I didn’t have the time), and I chose Peddocks Island and Lovells Island. 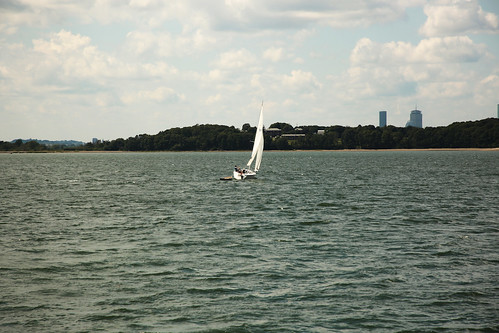 It is one of the largest islands in the port and was home to Native Americans, militiamen and prisoners of war. Today campers visit to sleep under the stars, while hikers explore the island’s historic structures and unique geological features.

Located at the entrance to the port of Boston, this island seems to be a favourite with camping enthusiasts, and there are numerous beaches. Here are the old batteries of cannons, bunkers and foundations of Fort Standish: it is a coastal fort completed in 1907; named after Myles Standish, it was disarmed and deactivated in 1947 and could hold up to 7 cannon batteries. It is also the closest island to the legendary shipwreck sites