To visit all the film sets in London you should have a very long time to spend in London going around the city: for that reason, before my departure, I decided to choose only 5 very famous films shot in London and 8 location. 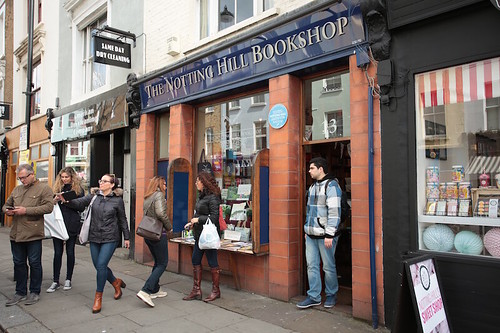 I tried to give a logical sense to this walk: in this way, if I will inspire you to the point that you will decide to follow my same tour, you know that you are going in one direction, without jumping from one part of the city to another with no logical sense. Let’s begin our tour without wasting any more time in useless chatter. I’m starting from the film Notting Hill: at 280 Westbourne Park Rd there is the house of William Thacker,  the main character of the film.. You can recognize it because of the crowd of tourists who stop for a picture just in front of that building and, if you remember vaguely the film, you will recognize it even from the balcony where the William’s roommate stay to sunbathe. In the film, William is the owner of a travel library, “the travel bookshop“, located at 142 Portobello Rd. 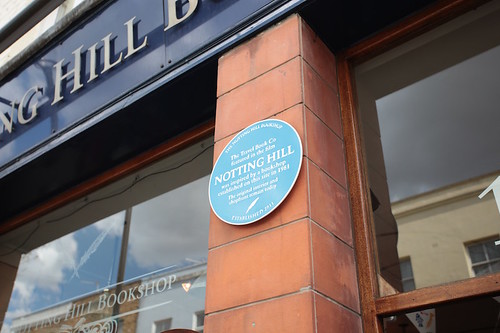 In the “real word” at this address you will find a shop selling things for tourists. Although partly hidden by the stalls of Portobello Road market you can’t miss this store because of the signs bearing the name of the film in all the ways you can imagine! The library, of course, really exists: just go to 13 Blenheim Crescent to find The Travel Bookshop, which is the “real” library that inspired the authors of the film. You can recognize it thanks to the banner with the name and also because of the plate you see in the picture: this plate is designed to signal that the library is precisely the one from which they took inspiration 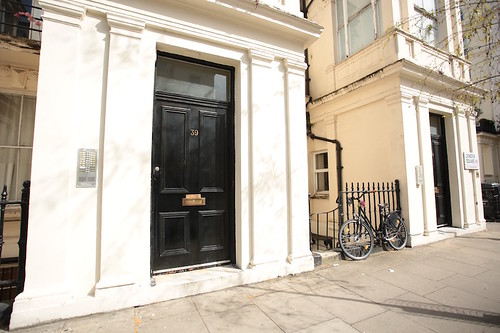 (if you know a litlle about London you maybe already know will know that these blue plaques are used to indicate precisely the important sights of London in various fields: historical, cultural, literary, film, etc.). Let’s move to the next film, Sliding Doors. At 39 Leinster Square, not far from Leinster Gardens (location of Sherlock TV series made by the BBC), we find the house of Helen, the leading character of the film. This time you do not expect to find explanatory signs or blue plaques: the entrance of the building is anonymous and normal, the same as many other of the square where is located. Definitely very nice is the garden located in the center of the square: It’s one of the many private gardens you can see walking around some London areas. 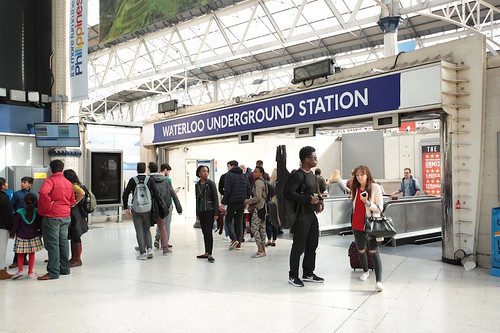 If you remember the movie, Helen’s life changes because of an earring that falls into an underground lift and, therefore, because of a train that she will take or lose when she’s returning home after being fired:  these facts happens inside the Waterloo underground station. Waterloo Station is one of my favorite London stations and this is due to its (beautiful) architecture: therefore I would suggest you go here just to observe the structure. Another location of this movie (I was about to forget it, I must admit) is the Albert Bridge: near Sloane Square, I mentioned it in the post on 7 places to visit outside the “zone 1”. Let’s move to the next movie and, then, to the next location. The main character of the films “The Bridget Jones’s Diary” and “the Bridget Jones’s Diary 2”  lives in an apartment at 8 Bedale Street, just above the pub “the globe tavern”. 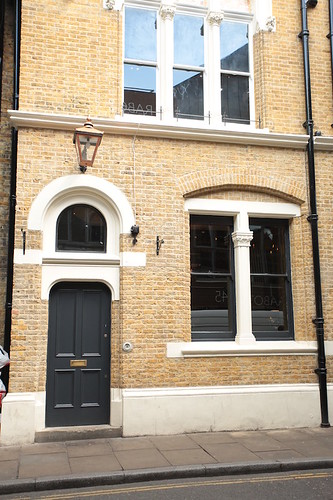 This pub is located in the middle of the Borough Market, a London market dedicated exclusively to food. I must admit that, thinking back to the movie, in my memory it was very different! Perhaps because I have seen them many years ago and I was a bit puzzled, but in the end I came away from there secure that it was Bridget’s home. Let’s move, now, to the Harry Potter saga: I’m taking you to the Leadenhall Market, one of the finest Victorian markets across London 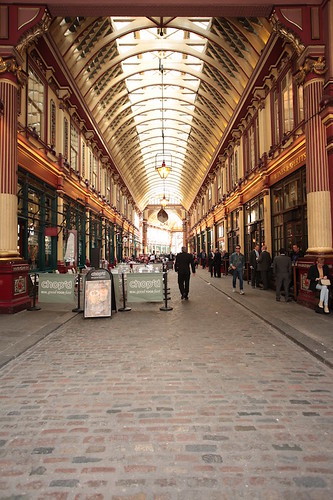 Built in 1881, it has inspired the Diagon Halley of “Harry Potter and the philosopher’s Stone“, the first film in the saga that has enchanted my generation (and maybe some of the next generations). There were shot some of the outdoor scenes in Diagon Halley. In the street called “Bull’s Head Passage”, always within the market, there’s an optical whose entrance is the entrance of the cauldrons’ store in the movie “Harry Potter and the Goblet of Fire“. Thanks to the saga of the little magician this market has become a tourists’ (crowded) destination. At lunchtime it is also crowded by Londoners who work in the surrounding offices and who come here to eat and go shopping during their lunch break. 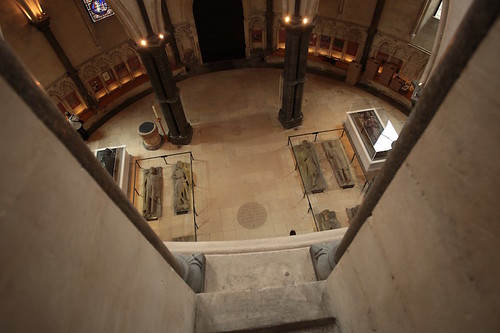 I conclude this tour with Temple, the church of the Knights Templar, one set of “The Da Vinci’s Code“. It’s said that the Templars might guard the secret of the Holy Grail and this is why Dan Brown set here the scene where Teabing leads Langdon and Neveu in the church, to try to solve one of the puzzles of the book. The church is open to visitors by purchasing a 5£ ticket (it isn’t free since the building “was made famous” from the movie and the flux of tourists increased exponentially). It was built in 1183 by the Knights Templar as their London headquarters (the buildings around were once those of the monastery), on the model of the basilica of the Holy Sepulchre of Jerusalem. In 1307 the order of the Templars was suppressed and the church  passed into the hands of the crown. The English crown, then, gave the church the order of Malta and the other buildings to two lawyer’s schools (which still exist today). 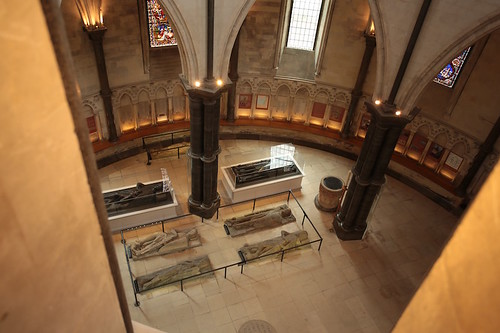