Today I want to tell you about Sant’Ivo alla Sapienza

It is a small gem of Rome, which many have seen at least once in the photo. The Sapienza complex, whose first location was in Trastevere (it was moved to Corso Rinascimento around the 16th century), was the first university complex in the capital. The “studium urbis” was founded in 1303 by Pope Boniface VIII Caetani and the church of Sant’Ivo alla Sapienza was, in fact, the university/palace chapel. 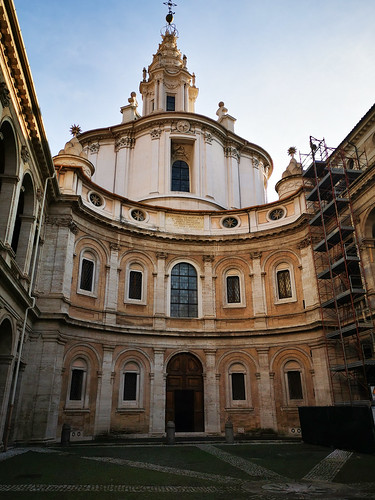 I start with a small historical note to frame the church not only from an architectural point of view: Saint Ivo is the patron of consistorial lawyers and was named a saint because he placed his profession at the service of others. The fresco behind the altar, by Pietro da Cortona, portrays Sant’ Ivo. The church is located above (the remains of) the Terme di Nerone and is built with poor materials such as stucco and brick. The use of this type of materials characterizes Borromini’s work and works (he wanted to show how even with this kind of materials fantastic jobs could be created). Inside, symbols and references to culture, religion and wisdom often return (bees, laurel wreaths and much more). Sant’Ivo is the work of Borromini, who was appointed architect in 1632 and it took about 30 years to complete it. Inaugurated in 1660, the major problem the artist had to face was that the church had to be built in the cloister and there was not much space available. 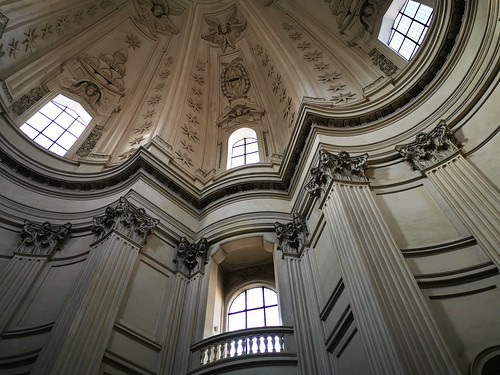 But, apart from this, Borromini immediately makes clear, also this time, his skill: even from the concave facade, which plays a lot on the absence of angles, it is clear that it is the work of an expert hand. The altar we see today was build after the construction of the church, as it dates back to the papacy Odescalchi. This place doesn’t only represent mastery in building magnificent buildings! Looking around you can see how the representation of the bee often returns: this animal, in addition to being the symbol of the Barberini Family, also represents the industriousness, knowledge and wisdom (which always returns). 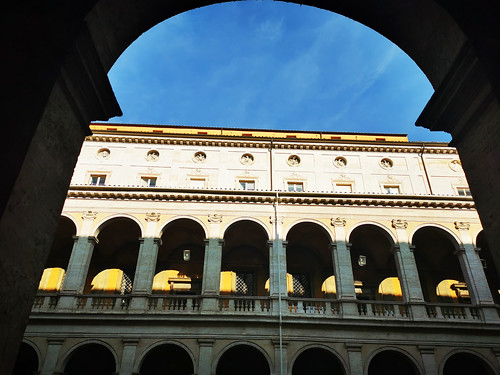 Another iconographic aspect of Sant’Ivo is represented by the number three: just to give an example, in the vault, there are 111 stars (1 + 1 + 1 is three). Is not enough? So: Saint Ivo alla Sapienza has 12 niches, like the 12 apostles. If you look closely at both the interior and exterior of the church, you can often see the symbol of the six hills with the star, which was the symbol of Alexander VII Chigi. These “hills” are the Monti dei Paschi di Siena: yes, the bank was founded by the Chigi family! Bankers of the popes, they became a noble family thanks the Rovere family who gave them the grand title. Finally, speaking of the exterior, the porch as we see it today took shape at the end of the 16th century. At the time, the church was to be used for masses and celebrations also related to the La Sapienza university, which was a pontifical university until 1870. Today, Sant’Ivo alla Sapienza is the church used by the senate for official ceremonies.

It is not easy to see the interior of the church, as it is usually closed. The visits are possible, thanks to the numerous guided tours that are organized: on the day I went there were about 4 visiting groups (including the one I was part of). Visits are usually made on Sunday morning, with an appointment between 9:30 and 9:45 to enter before mass. I booked my place in the group organized by the Sinopie Association.
NB: it seems that on Sunday morning, before mass, it is still possible to visit it even without a guided tour.