Philadelphia is the city that struck me the least, among the three cities visited in August 2019

The first definition that came to my mind is “an 80s lady”. But the fact remains that the city still has a lot to offer in terms of museums and attractions. Today I would talk about museums, mosaics and other few places to visit in Philadelphia from a tourist point of view.

The Philadelphia Museum of Art was initially called the Pennsylvania Museum and School of Industrial Art. 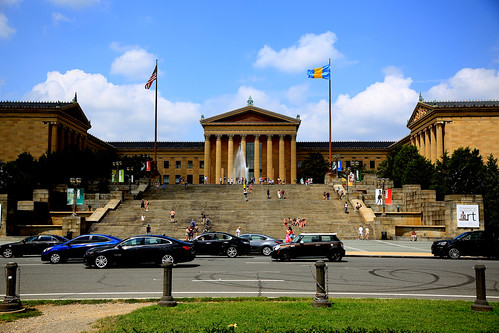 It was founded in 1876, on the occasion of the Universal Exposition which celebrated the first anniversary of the United States Declaration of Independence, and was inaugurated on May 10 1877. Since the first site was located very far from the city centre, the museum was moved to a new location that began in 1919. This museum is one of the largest and most important in the United States, and 225,000 works of art are preserved in about 200 galleries. All the works pass through more than two thousand years of history; unfortunately, there are no exhibits about Egyptian, Roman or even pre-Columbian civilizations. In addition to the main building, the museum also includes the Rodin Museum, which houses the most essential collection of Auguste Rodin’s works outside the French national borders. The visit is pleasant, engaging, and I found it very informative. As this is a vast museum, I suggest you take half a day into account (let’s say at least three hours) to see it all! I also suggest you bring a light sweater or something to cover you: some rooms I found them icy, to say the least (and I wasn’t the only one, I swear!).
Entrance ticket: 25 dollars (23 reduced and 14 dollars for students);
Official website: http://www.philamuseum.org;

This is the staircase leading to the main building of the Philadelphia art museum, and it is the one that Rocky 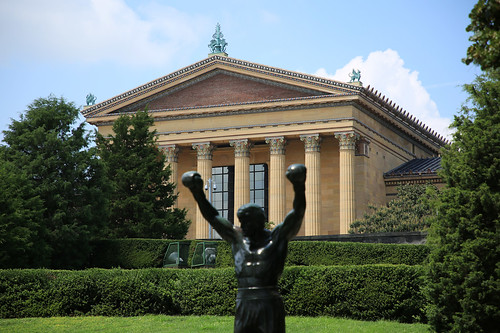 Balboa runs during his training. Obviously, crowds of tourists come here to travel it in turn (“pretending to”…) and take a selfie at the top of the staircase itself. You will find it very crowded, and on the right of its base you can see a long line of people: they are all waiting to be able to take a photo next to the statue of Rocky.

Not far from the Independence hall is the Curtis Building which, inside, houses this large mosaic, to say the least amazing.

Born as a collaboration between Maxfield Parrish and the master of glass Louis Comfort Tiffany, it was made with 100,000 pieces of glass in more than 260 shades of colour. The little parts of glass seem that can’t be replaced (in case of breakage, damage or other damage). In what sense do we speak of collaboration between Parrish and Tiffany? Simple: the first is the author of the landscape, the second designed the mosaic! The work is so complex that, in 1916, it took 6 months to install it in its place, and it is probably the most significant piece of Tiffany in the world. It was the most significant glass mural in the country, until 2007 when the Wing Lung Bank Mural in Alhambra was made.
When, in the 1990s, it was tried to sell it for $ 9 million, the city of Philadelphia designated it as a “historical object of the city” to stop the sale. Today it is “owned” by four city cultural institutions. Not far from the Independence hall, I found it very beautiful and particular.

This covered market was opened on February 22, 1893, and it is one of the oldest public markets 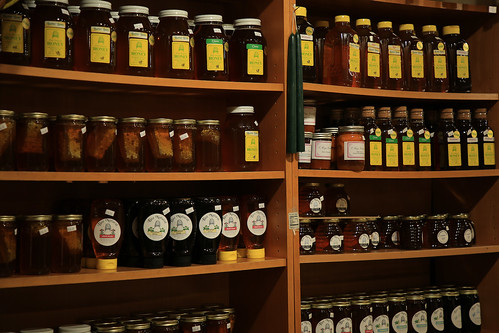 in America. Every kind of good is sold there, from local meat to fresh vegetables, to the most particular cheeses, cooking utensils and much more (always and above all linked to food). Those who want can also stop to eat by buying food from one of the stands available (there are more than 80) and staying at one of the tables found there. Initially, the market was located under the Reading Railroad Company’s train shed. It was managed by the Reading Railroad Company until 1976. It currently “continues to occupy” the ground floor and basement spaces, which are now part of the Pennsylvania Convention Center.
The market is open every day of the week, although Dutch Pennsylvania traders generally don’t work Sunday through Tuesday. The stands are many, and many also serve ethnic foods (for example, Mexican and Thai). I went there twice: the first one “to see it” as the guide recommended it as not to be missed; the second one because I needed to do some shopping for the evening dinner.
Looking for information about the market, I discovered that he also has an official account on Instagram and, I must admit, I also enjoyed following him! For all the most accurate information, you can visit the official website of the market.

The Italian market occupies about 10 blocks of Nine Street (south of Philadelphia), and this is also

one of the oldest and largest open-air markets in America. It is a mainly outdoor market: it includes both counters and stalls along the sidewalk and shops and restaurants whose windows overlook the streets. I had come here, the last day I spent in Philadelphia because it was marked as “absolutely must-see”. I found it interesting, but overall I remained a bit disappointed because of its “decadence”.
Of “characteristically Italian” seem to have remained only the name of the market and the name of the shops. In some ways, I had the impression that it was also a little “let go”. I must admit that getting here was still interesting to discover an area of ​​the city that I hadn’t seen yet.

If you like to walk overlooking the water, and you are in Philadelphia in the summer, 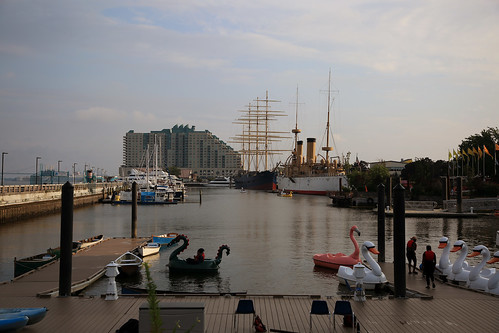 I suggest you go to Penn’s Landing. It is a long walk overlooking the city river, which in summer is populated with tourists and local people who come for a walk or stop to get something to drink (or eat). Outdoor shows are also held there in the summer, and I admit that I really appreciated the vitality of the place.