During my summer trip (August 2019), once I returned to Boston for the last days of my holidays, I decided to make some trips outside the city. What I found most exciting and informative, which is why it is the only one I will tell you about was the trip to discover Salem. I found a tranquil and pretty town populated by locals and many tourists who come here to find out more about the witch hunt. 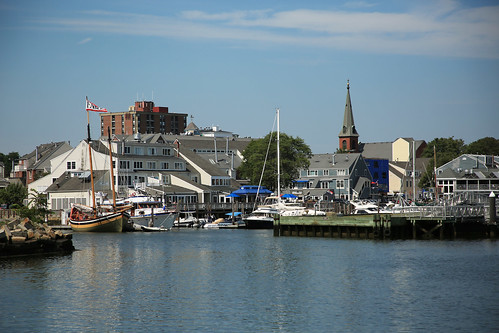 Today a lot of things, of course, revolves around the history of witchcraft trials: more or less large museums, historical sites, shops and souvenir shops, all have something to tell about the witches of Salem! As I usually do, before I tell you about the details of the city and what you can visit, I start with useful information for the trip.
How to get there: by train from the North Station (along the orange subway line); The line is that of the commuter rail for Newburyport/Rockport Line.
Ticket price: $ 16 per person and I got the return ticket directly on board once I got on the train.
Journey time: 30-40 minutes (it should be 30 minutes, but when I got back to Boston, the train was quite slow and took about ten more than the outward journey).
Duration of the visit: if you go at a fast pace and do not want to visit all the museums in the city, consider just over half a day. I advise you to take into consideration at least 7/8 hours to calmly see the town and at least a good part of the main places.

We know Salem above all as the city of witch hunts (and trials), but in reality, it was also a city where trade by sea has flourished. 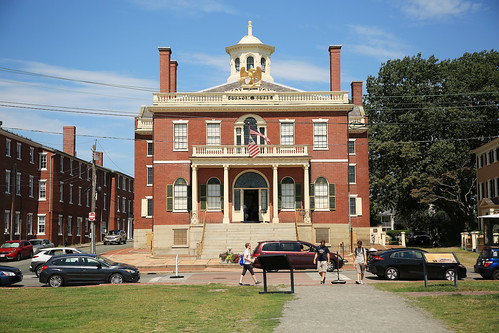 In the 1700s it was a centre of trade with China, started by Elias Hasket Derby. This historic site winds its way between derby street and the piers that stretch into the ocean; it includes numerous buildings: the Custom House, the Friendship sailing ship (actually a reconstruction), two piers and other various structures.

The Witch House is the only museum I decided to visit on my city trip. 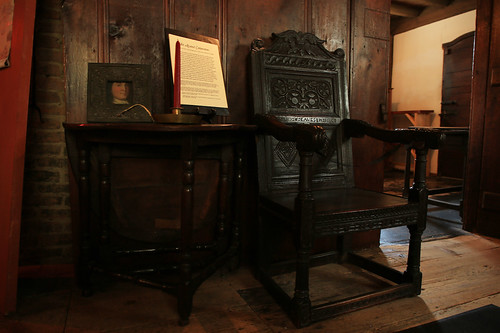 We are talking about the home of Jonathan Corwin, who was a local judge called to investigate Salem’s witchcraft cases. It seems that the interrogations he led probably took place in the rooms on the first floor of this house. The visit does not last long, it will take me less than an hour to get around all the places (I would say about 40 minutes), but it is still a small and curious museum to visit.
Ticket: $ 8.25 per person ($ 4.25 for children).

House of the seven gables

It is a house built by John Turner in 1668 and is the “house of the seven dormers” described by Nathaniel Hawthorne in the 1851 novel of the same name. Nathaniel Hawthorne’s novel was born from some conversations that the writer had with his cousin Susanna Ingersoll, owner of the house. Hawthorne in the book describes well the feeling towards the house: like a human heart, with its own life, full of rich and dark reminiscences. Today it is part of the National Historic Landmark District, and during the visit, you can see the environments that inspired the writer, such as the Hepzibah shop (Cent Shop) or the place where the judge was. The house is also known as Turner-Ingersoll Mansion, named after the next owner.

What else to see in Salem

Although not very large, Salem still offers several other things to see on a city trip. Let’s go in order and see what they are.

Here professional actors stage the events related to the period of the obsession with witchcraft (1691 – 1692). At the end of the show, you can also take a tour of the dungeons. 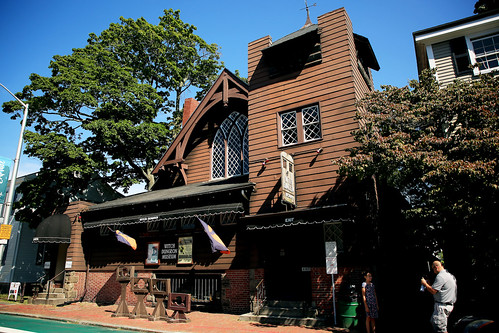 The building originally was a chapel for the East Church (First Church Society) in 1897, on a lot that once housed the Chamberlain residence. The architectural style was known as “Stick Style” and was characterized by an external wooden finish that underlined the structure of the building below. The building was later used by the first church of Christ (scientists) until 1980 when the building was sold, and the Witch Dungeon Museum was opened. The museum also has an official website, where you can find some more information for a visit. Daily visits from April to November.
Ticket: there is a cumulative ticket for the Witch Dungeon, the Witch History Museum and the New England Pirate. The price is $ 19.
Address: 16 Lynde Street;

Since June 15, 2005, the statue dedicated to the actress Elizabeth Montgomery, or the interpreter of Samantha Stephens in the “Bewitched” sitcom has been found here. Some 1970 episodes of the television series were set along the streets of Salem.
Address: the intersection of Washington Street & Essex Street;

This building is the building that now houses the city hall. It is considered the oldest building in operation in the United States since 1837.
Address: 120 Washington Street

Here once stood the town hall of Salem. Today its rooms house the Salem Museum (open daily from June to October), which traces the history of the city. In there you will also find the Pepper Trade collection: this tells the mercantile history of Salem and the commercial exchanges with the East for the purchase of spices.
Ticket: $3
Address: 32 Derby Square;

This museum displays paintings, sculptures, drawings, photos, fabrics, decorative objects and architecture from various parts of the world, mainly from the 1700s to today. There are also temporary exhibitions, festivals on weekends, and there are also programs for families. Closed on Mondays.
Address: 161 Essex Street;