Warsaw was, for me, a huge discovery

I had never put it on the list of cities to visit. Still, I decided to take the leap when Wizz Air contacted me for a collaboration with the company. I left on Friday, November 1, 2019, to return at dawn on Monday, November 4: I had two and a half days to try to discover as much of this city as possible. But what is there to see in Warsaw? With today’s post, I want to take you to know some of the places of interest in the Polish capital.

Palace of culture and science

Outside the old city, but still, in the area of ​​what we can call the city centre, this palace tells a perhaps unhappy part of the history of Warsaw. 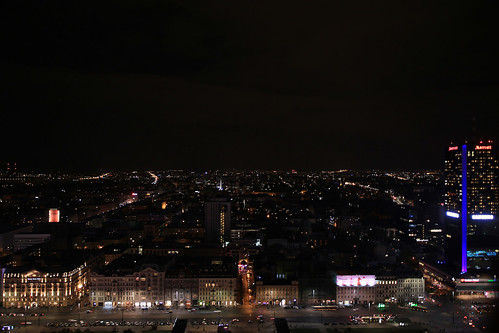 The 42-storey building, built near the central station and 237 meters high, was thought by Stalin as a “gift from the Soviet people” to the Polish people. Precisely this idea behind its construction makes it a controversial building in the history of the Polish capital! The proposal to demolish it periodically returns, but it has now become a symbol of the city. In 1956 the tower clock was installed which, to date, is the second-largest clock in Europe. Today the building is home to many vital institutions: the Polish Academy of Sciences, scientific institutions, universities (Collegium Civitas), the Dramatic Theater (Teatr Dramatyczny), but also cafés, bookshops and gyms. The Rolling Stones (in 1967) and Marlene Dietrich performed in the Kongresowa Hall. In the evening, the exterior of the building is illuminated by lights that change colour. On the 30th floor, there is a panoramic terrace which offers a splendid view of the town and the Masovian plains. To go up to the patio, you need to buy the ticket (20 Zloti; about 5 euros) and get in line for the lift.
Website: www.pkin.pl/eng
Where it is: Plac Defilad 1

The Castle, which is located at the entrance to the old city, was the official seat of the Polish monarchs. It was one of the meeting places for parliamentarians, as well as an administrative and cultural site for 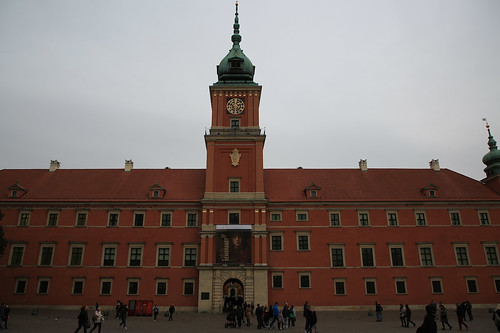 the whole Poland. The Polish Constitution saw the light here, on May the 3rd in 1791, and it was the first in Europe and the second in the world. The origins of the palace date back to the period of the Duchy of Masovia (14th century) and the Torre Grande, now called Torre Grodzka, was one of the first parts of the palace to be built. In the 17th century, the Castle became the residence of Zygmunt III Waza (Sigismund III Wasa).The today shape of the Castle it’s from the restoration works of the 17th century.
In the eighteenth century, under the reign of Augustus III, the eastern wing was restored and during the Second World War the Castle was razed to the ground, to be rebuilt between 1971 and 1984 (also using some surviving fragments). Currently, the Warsaw Castle is a museum and art collections are exhibited there ( the original paintings by Rembrandt and Canaletto are certainly noteworthy). I didn’t take the audio guide, I admit it, preferring to walk in “total freedom”. In part, it was perhaps a mistake, but I don’t think it is mandatory to better enjoy the building. I was amazed, I must admit, by not having found the crowding that I had imagined even if I arrived in the early afternoon of Saturday. 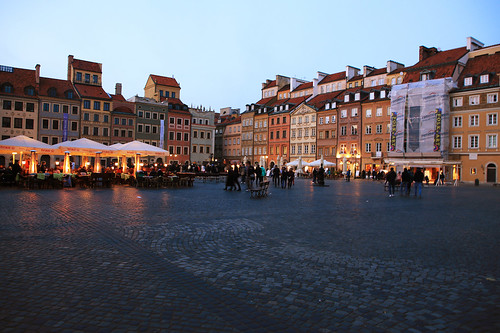 after the Second World War. In this area, which “revolves” around Rynek Starego Miasta, or the ancient market square, there are many of the city’s attractions, including churches, museums, theatres and more. Public transport only runs along this part of the town, to allow visitors to stroll through its streets to discover all the best. When the city was rebuilt after the damage suffered during the Second World War, it was rebuilt exactly the same as before! The old town has been a UNESCO World Heritage Site since 1980.

Surrounded by soft-coloured buildings, populated by knick-knack shops and tourist trinkets, this is the central square of Warsaw’s history. In the centre of the square (approximately), there is the Warsaw siren: discovered by chance looking for information about the city,

This museum overlooks the old town square. This museum aims to tell the Warsaw’s history, from its birth to the present day, also passing through the destruction during the Second World War. 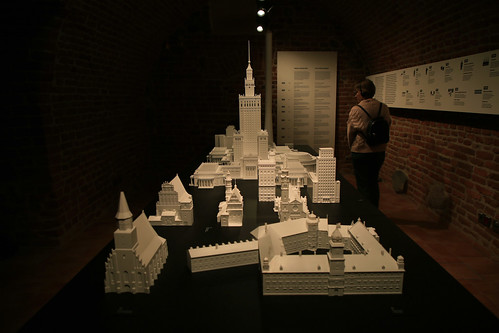 I admit that, looking at it from the outside, I thought it was “small”, but I was fooled with little! The Warsaw museum is spread over several floors and different buildings (therefore both in height and in “width”). I would say to consider no less than two hours – two and a half hours if you want to make a quick and quick visit (but I advise you to go slowly). The audioguide is included in the ticket, and it scrolls from one topic to another without me having to crush anything

Where is it: Rynek Starego Miasta 28-42;
Opening hours: from Tuesday to Sunday from 10:00 to 18:00;
Ticket price: 25 zloti (free admission on Thursdays)
Official site: muzeumwarszawy.pl/en

The Cathedral of St. John the Baptist (Bazylika archikatedralna Świętego Jana Chrzciciela) is always located in the old town, not far from the central square, and is (obviously) the Warsaw Cathedral. 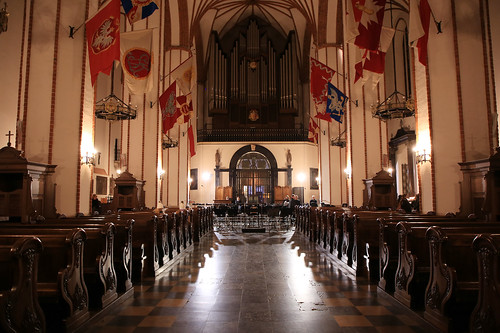 It was founded in the 14th century and then destroyed in 1944. Rebuilt after the war, exactly as before, today it houses several famous people from Poland. Built-in the Gothic Baltic style, it was the coronation seat and burial place of the Masovian dukes. The church became a cathedral in 1798, it was restored several times over time. In the 19th century, it was rebuilt in a “neo-Gothic English” style. The Cathedral was destroyed by the bombings during the Second World War. For the reconstruction they were based on 17th-century prints: the actual appearance is the original one, not what it had just before it was destroyed by the bombs. 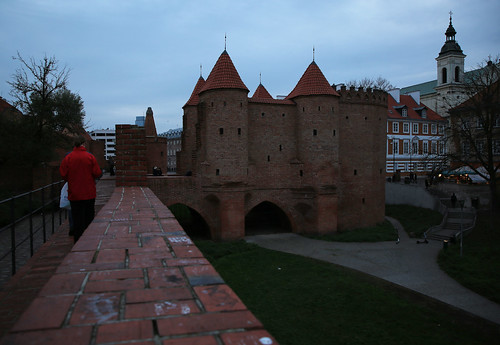 (Nowego Miasto). It was built in 1548 to replace another door. Designed by the Italian architect Giovanni Battista the Venetian, the work quickly became useless due to the development of artillery. It was used as a defence of Warsaw only during the Swedish invasion of 1656: “conquered” by the Swedes, King John II Casimir Wasa was forced to retake it. In the eighteenth century, it was partially dismantled. In the nineteenth century, its remains were incorporated into an apartment building.
Finally, between 1937 and 1938 the walls and part of the bridge over the moat were partially rebuilt. The barbican was destroyed by the bombings of the Second World War. It was rebuilt between 1952 and 1954, based on sketches from the 17th century.

What to see (more) in Warsaw?

In addition to everything I told you about in this article, don’t miss the Prague District and the area of ​​the ancient Jewish Ghetto (which I will tell you about in dedicated posts).