In Madrid, there are so many things to see and museums to visit. For my trip, I chose to see and visit some “obvious” places to discover the Spanish capital from an artistic point of view. Today I want to tell you about the 3 museums I chose to visit during my trip.

The Museo Nacional Centro de Arte Reina Sofía is a museum of modern and contemporary art, dedicated to art from the twentieth century to the present. 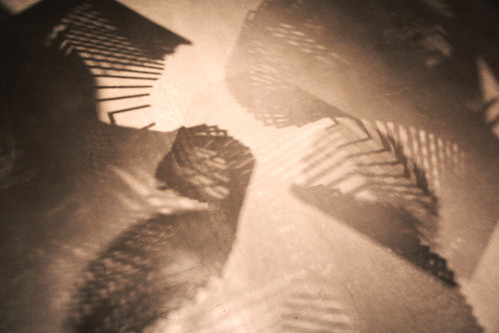 In the various rooms are exhibited, among others, works by Dalí, Miró and Juan Gris. But above all, it is in this museum that El Guernica is located: one of the most famous paintings of Pablo Picasso, exhibited at the 1937 International Paris Exposition, and which the author created to express pain for the victims of the bombing of Guernica of 27 April 1937.
The museum is located in the Ancient General Hospital of Madrid, designed by the architect Francisco Sabatini and extended by Jean Nouvel with an auditorium, library and new exhibition rooms. The Palace of Velázquez and the Palace of Glass are also part of the museum, both located inside the Retiro Park and where temporary exhibitions and specially created artistic structures are set up. 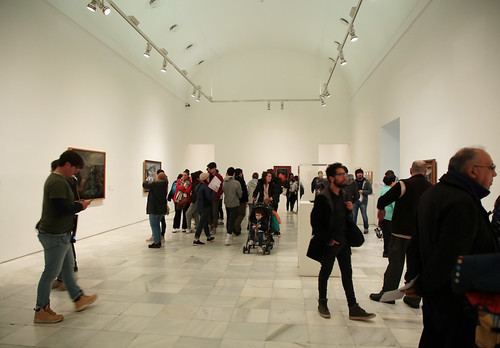 The tour is divided into three itineraries:
1) The break-in of the 20th century: utopias and conflicts (1900-1945), which includes the works of Hermenegildo Anglada Camarasa, José Gutiérrez Solana and Medardo Rosso, as well as the works of Juan Gris, Joan Miró and Salvador Dalí.

2) Is the war over? Art for a divided world (1945-1968), which tells the historical avant-gardes after the Second World War. In this period, in Spain, there are groups like El Paso or Equipo 57, which spread the natural language. This path includes artists such as Antoni Tàpies, Jorge Oteiza or Esteban Vicente. Along the way, there are also works by European artists such as Francis Bacon, Jean Dubuffet and Lucio Fontana.

3) From the revolt to postmodernity (1962-1982), dedicated to issues such as the gender issue, underground culture, mass culture and globalization. Along this itinerary, there are works by the Zaj group, Hélio Oiticica, Luis Gordillo, Sol LeWitt, Dan Flavin, Gerhard Richter, Pistoletto and Marcel Broodthaers.

Telefónica Collection. Cubism (i) and experiences of Modernity
From November 2017, the Telefónica Foundation’s Cubist collection is also on display at the Reina Sofia. This is an exhibition that aims to tell the most important years of Cubism (and the later decades). There are about 70 works, made between 1912 and 1933 by artists such as Juan Gris, María Blanchard, Louis Marcoussis, André Lhote, Gleizes, Metzinger and others.

I loved the museum, I was extremely impressed (positively). 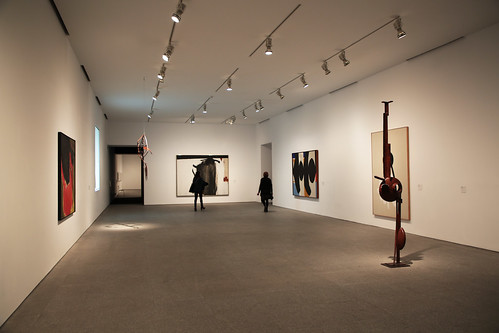 I must admit, however, that I had a difficulty: wanting to leave the same side I had entered (the one facing Atocha station), the indications to go from the old building to the new one was not very clear to me. Inside the rooms, you can take all the photos you want, except in Guernica (and the adjoining places).
Entrance ticket: 10 euros.
Official website: https://www.museoreinasofia.es/en

The Prado Museum is one of the most important and famous art galleries in the world.

The museum was opened in 1819, in the building designed by Juan de Villanueva to house the Cabinet of Natural History, hosting a substantial part of the royal collections. Today the works of the major Italian, Spanish and Flemish artists are exhibited (to give some examples: Goya, Bosch, El Greco, Pieter Paul Rubens, Titian and Diego Velázquez). The main works which are shown here include:
The Garden of Delights by Bosch
Bacchanal of Titian’s Andrii
The Knight with the hand on El Greco’s chest.
Las Meninas by Velázquez.
The Three Graces by Rubens.
La Maja Desnuda by Goya.

3 May 1808 by Goya.
Davide and Golia by Caravaggio.
In the museum are exhibited more than 8,600 paintings, bringing together what is called the most complete collection of Spanish art in the world, and over 700 sculptures. Given the size of the museum and the significant number of works on display, in my opinion, it is necessary to do a sort of plan to spend in a good way your time at the museum.
Furthermore, I suggest you consider at least half a day for your visit to the museum. Consider a whole morning minimum for your tour. Inside you can not take pictures except in the lobby. The bags are left in the wardrobe, passing them under a dedicated metal detector, and once this is done, you will also have to go under a metal detector to access the museum rooms. At the ticket office, you will surely find a row, ditto with regards to the entrance with the “skip the line” ticket purchased online (even if the latter indeed runs faster than the first). My advice? Get in line a little before the opening (not at dawn eh, of course). The last two hours of opening the museum ticket are free of charge. You will find the row anyway, and I suggest you make a very detailed and precise “visit plan”: you will have very little time, given the size of the museum, and the better you will use it, the more you will appreciate the visit.

Located in one of the most significant buildings of Madrid baroque, the ancient Hospicio de San Fernando, this museum tells the evolution of Madrid. 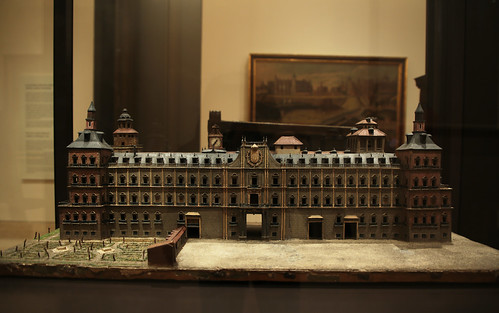 The museum recounts the development of the arts, industries, daily life and customs of the people of Madrid from 1561, the year in which it became the capital of Spain to the present day. The museum has undergone a significant renovation, which also involved the collection on display: today there are more than 60,000 objects related to the city of Madrid and its history: paintings, prints, cartographies, models, drawings, photographs, sculptures, porcelain and much more. 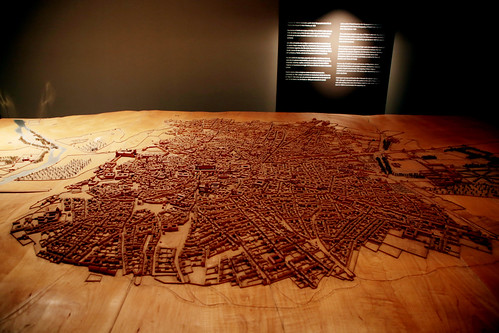 Among the objects on display, the Allegory of the City of Madrid by Francisco de Goya, the Virgin with San Fernando by Luca Giordano, the Porcelain collection of Buen Retiro, the selection of historical cartography, the Madrid Model by León Gil de Palacio ( of the Madrid of 1830) and other relics.
The building that houses the museum, the Hospicio de San Fernando, is the work of Pedro Ribera
Ticket: free;
Address: Calle Fuencarral (it is the building that is right next to the subway exit);
Metro: Alonso Martínez (L4, L5, L10), Bilbao (L1, L4), Tribunal (L1, L10)