Sofia was a significant discovery, at least partly managed to amaze me: much bigger than I had imagined, it has lots of things to discover and visit. 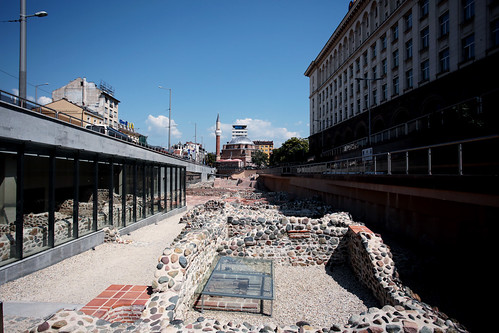 I think one of the first stops should be done at the ruins of Serdika. These are the remains of ancient Sofia, from the Roman era to be clear, and are accessible without the need to purchase an entrance ticket. The remains cover an extensive area: a whole first part is located in the space between the entrances of the homonymous metro station (2 gates, Serdika I and Serdika II) and it is divided between a space in the open and a small part inside the same underground stop. 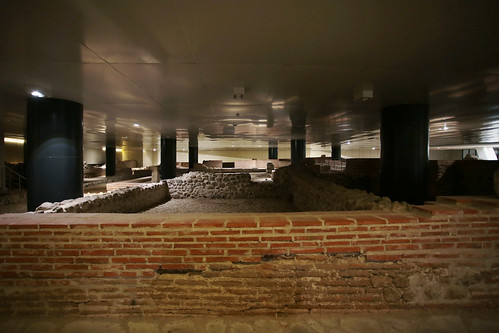 You don’t need to pass the turnstiles to see these remains because they are located right at the entrance (at least in large part). There is, then, a part of the remains even broader and wider than the one we have just seen: these remains aren’t on the street level, but you must get to what is called “Largo Complex”, pl. Nezavisimost to be precise with the names, and descend the stairs to the underpass on the side of what should be the constitutional court (giving back to the statue of St. Sophia on the left). 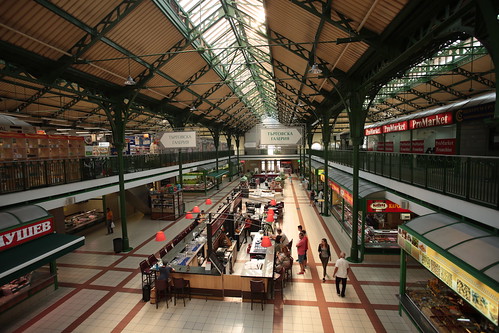 Near Serdica is the Central Market of Sofia. I’m talking about an indoor market where it is possible to buy different types of goods: from food to clothes through objects, bags and creams based on pink (the cultivation rose is very important for Bulgaria and roses are employed for products such as creams, sweets and liqueurs). In addition to going there to browse the desks selling the most disparate goods, I suggest you take a trip to the central market for a breakfast among the locals: you will see a lot of locals going around the various shoots, 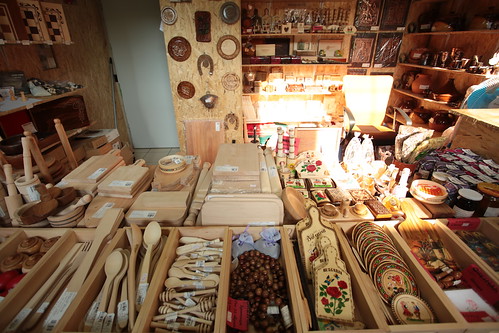 mainly to do some of their (food) shopping. I recommend you to go also to the top floor (the first and only, in reality), where there is a shop for household products. Maybe for you, it is not the best place for some shopping, but, in my opinion, even and above all this kind of shops allows to understand and deepen the life and its cost in a foreign country. 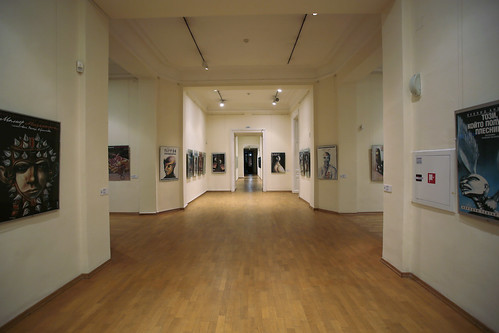 Inside what was once the Bulgarian royal palace, today there are two museums that I recommend you visit. I begin with the National Gallery of Art: articulated on two floors, it houses the works of the most famous Bulgarian artists. The ticket costs 6 leva per head, the ticket office is on the left once entered, and the exhibition begins with the most modern works on the ground floor and the oldest are in the upper rooms. The building starts to show its being “former royal palace” only in some places on the top floor, 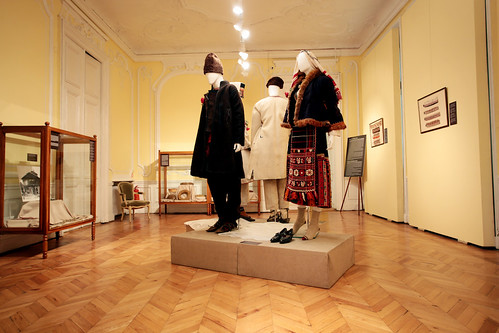 and this aspect has struck me a lot. In another wing of the building, it’s located the Sofia ethnographic museum, which aims to tell the customs and traditions of the country. The entrance ticket costs 4 leva per person, ticket office and entrance are different from those of the national gallery and, therefore, you have to go back to the ground floor to start the new visit. Unfortunately when I went to visit the first floor was under renovation, so I could not go up to see it. Despite this, I still recommend a visit (the ticket costs only € 2 each) and to find out before your visit if the works are finished. 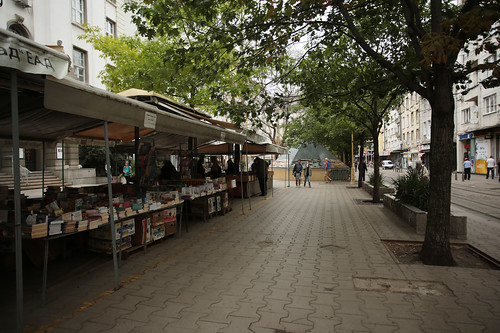 I’m going back to talk about markets with the (little) Sofia book market, not far from the Church of the Seven Saints dedicated to Saints Cyril and Methodius. Here you can find books in several languages besides Bulgarian as, for example, English and German. I think it is not by chance that this market is exactly here: it is almost in front of the city library! I conclude this tour with the Women’s Market, 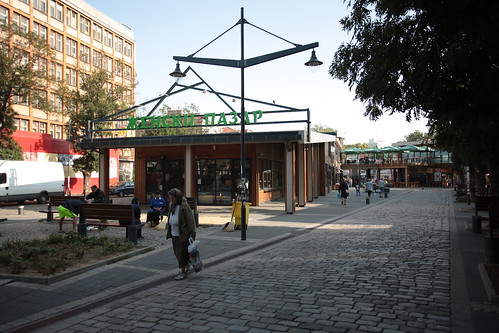 not far from the central market and the city’s Synagogue. It is a fruit and vegetable market located in the middle of a vast avenue, with some other shops on the sides of the road. Which is the particular thing about this place? In addition to the prices for us very low, just do a quick calculation to see fruits and vegetables sold a few tens of euro cents, one thing that I noticed doing a little ‘more attention is that between the various banks turn almost exclusively local ( despite being a place recommended by several guides). Here it seemed to me to enter the city atmosphere, to be nearly able to understand more the city and who lives it every day, all year round.