How many of you do not know the Piramide Cestia in Rome? I think very few, maybe none: it is one of the most famous monuments of Rome, one of the best known (although very few will be able to visit it internally). I visited it at the end of April 2017, thanks to a visit organised by the “Roma sotterranea” association: from my official website I booked my ticket (13 euros, paid on the spot) and the day of the visit, a warm Saturday morning, the appointment was in front of Ostiense gate. 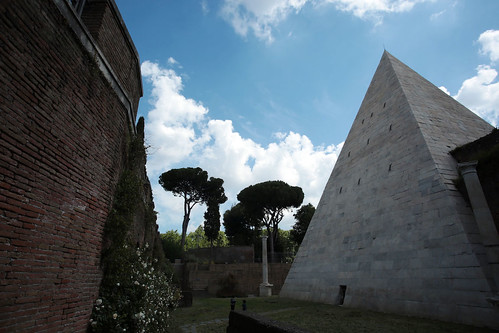 The Pyramid of Caius Cestius is the funeral monument of Caius Cestius, built in the first century BC. It’s known that it was built by Publius Melo, the heir of Caius Cestius, in just 330 days: this because, as to the will of Caius Cestius, if he had spent more time he could not have received his entail. Did you know that it is thanks to this monument that historians have come to know some of the very little information we have on Caio Cestio? The pyramid shows some inscriptions about Caio Cestio, probably the brother of Lucio Sestio, the same who gave the name to the bridge of the Tiber island. He was part of the “college of epuloni”, one of the most “fundamental” colleges of the time, constituted from priests and was in charge of organising 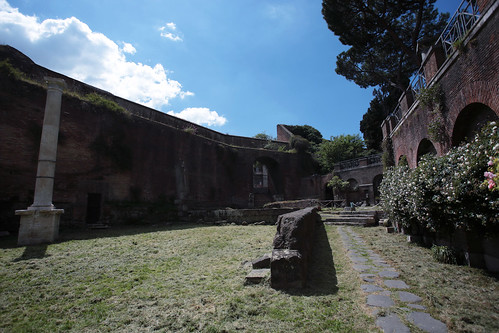 sacred games and banquets. The guide told us that the pyramid is probably the only monument of ancient Rome that has remained almost unaltered over the centuries and the changes of the city itself! Many monuments, unlike this, were incorporated into the various Rome defensive walls, unless they had already been destroyed and looted before; some monuments, “saved” up to that moment, have made a lousy end afterwards. In the area surrounding the pyramid, what we would call the “zone of respect” (discovered by Pope Alexander VII Chigi) was found a road located below the current road level. Probably it is the ancient route of the Via Ostiense, deviated by Maxentius along its current route, and is so below (for us) because that was the “current” road level when the street had been built. 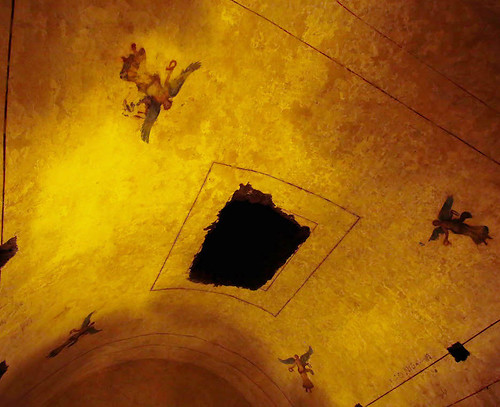 The mortuary room is tiny (only 24 square meters), and for this reason, during the visit, it was possible to enter just a few at a time to hear the explanation of the guide about the room itself. We know that the access tunnel was closed with concrete once the body of the deceased was placed in the room, but unfortunately, another one was opened in 1600 to plunder the tomb. In the 24sqm we find paintings made in what is called the “third Pompeian style”; On the walls, we find the signatures of painters/artists who entered this room. On the ceiling, we see four winged victories, and in the middle, where today there is a hole, iit is hypothesized there was a painting of the buried or gorgon (which was used to ward off evil). 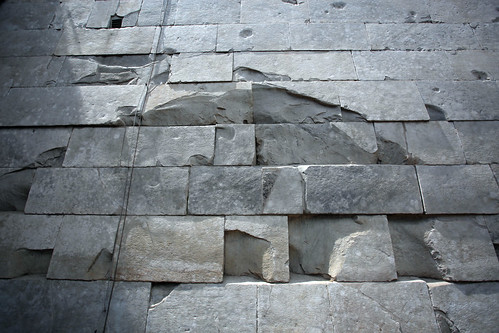 Just some other information to conclude this post (which probably for many will have been very dull, but I hope not): because of the speed of construction we know that the structure had stability problems; the exterior is in Lunense marble (ancient Carrara) and the brick interior. This pyramid is different from the Egyptian ones for two reasons: the height, which is similar in any case, and for the angle of inclination (this one has a 70 degrees angle, the Egyptian ones had lower because it was made in steps). I almost forgot: for the cat-cats, between the pyramid of Cestia and the non-Catholic cemetery, “divides” the most important feline colony in the city!

NB: the visits organised by the association are in Italian, but if you try to contact them you can try to arrange one in English.