For the 2019 summer holiday, I had been dreaming of returning to America since 2018. I must admit though that, in the beginning, I had thought of other places like California (or Canada, thinking of the “American continent in general”). In the end, accomplices of air tickets from affordable cost, my choice fell on Boston! Then, over the following months, New York and Philadelphia were added.
I will leave on Monday, August 5th, for a journey of about 16 days: in about three months I organized all the necessary things (ESTA, apartment bookings and transfers), while I took it with much more calm with regards to the organization of the things I would like to see once I get there. But how did I organize my trip? Let’s start from the beginning and go with a sort of order.

I will fly with British Airways, with a stopover in London on both the outward and return journeys (relatively short calls within 4 hours, which will not allow me to travel the streets of the English capital). Moving several months in advance (I booked in January 2019 for August) I paid 580€ in economy class. With a lot of patience, monitoring prices for a couple of months, I managed to save quite a bit compared to the prices I had initially seen. Surely I would have preferred a direct flight, but I will take the stopover as a fair compromise between my starting idea and the price at which I bought the tickets. To return from Philadelphia to Boston, where I will return to spend the last 5 days of travel, I decided to take an internal flight (I booked with American Airlines): I found a trip that cost less than 100 dollars, including a suitcase. I made this choice for two reasons: obviously the relatively affordable price and which also included the suitcase and, secondly, to avoid the extremely long train ride, about 6/7 hours, and which would have been very tiring.

It is valid for two years and therefore since mine had expired (my request dated back to March 2015), I had to apply again. It is advised to request it no later than 72 hours before departure, to be sure of having confirmation (or denial) of the application made, but it usually does not take much time to get the answer (I waited only a few hours).

You can also make “group” requests, and the price is $ 14 per person. Make the request (only and only) via the ESTA official website. 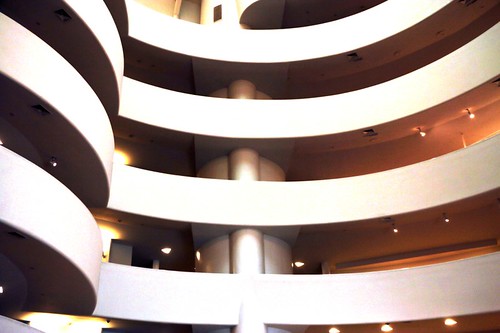 For journeys from Boston to New York and between the big apple and Philadelphia, I decided to use buses and trains (to return from Philadelphia to Boston, as I said at the beginning of the post, I will move with an American Airlines flight). To get an idea of what my options were, before choosing which medium to use, I asked Simona Sacri for some advice, and her response was exact (if you need any information on the USA she will surely help you).

Let’s say that the possibilities you have are mainly three:

It will obviously be sweltering, a delivery that is certainly very well prepared from this point of view. In addition to my trusty photographic backpack (where I will also put a change of clothes, just for safety), I will bring a hold luggage: here I will put very light clothes and a light jacket or a spring sweater to suffer as little as possible any sudden changes in temperature due to air conditioning. I intend to bring me a fair amount of clothes, without overdoing: I will have the washing machine available, since I will stay in apartments, and this implies that I will be able to wash dirty clothes without problems.

After comparing the costs of hotels and apartments, I decided to opt for the latter in all three cities! The fact that I go in August has undoubtedly influenced the prices, and even those of the apartments were not really cheap, but this choice has nevertheless allowed me to at least partially reduce the part of the costs dedicated to housing (we are talking about differences even on the 400- 500 Euros).

I chose all 4 apartments on Airbnb, trying to put together the need for not too high costs, a good location and a decent apartment (at least from the photographs): obviously, if they are “to be recommended” I will not fail to report them here on the blog.