It was already a few years since I started thinking about a tour of the abbeys of Lazio because I wanted to know better the region where I grew up (and I’m currently living). I decided to start from the bottom part of the area, spending a day visiting the abbey of Valvisciolo and the abbey of Fossanova. These are two very particular places that convey, in my opinion, a great feeling of tranquillity (and also all their beauty and importance) without needing too many words to accompany. Today I want to tell you about the beauty of these two places. 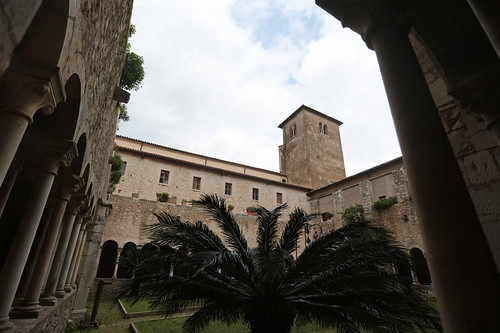 The Valvisciolo abbey, built in the Cistercian Romanesque (-gothic-) style, is located between Sermoneta, the oasis of Ninfa and Latina Scalo. It is defined as one of the masterpieces of the genre of the province after the Abbey of Fossanova. Regarding its foundation, there is no precise information due to the fragmentation of the sources about that, but according to tradition, it seems that this abbey was founded in the twelfth century by Greek monks (which then followed the Templars in the thirteenth century and, finally, the Cistercian monks in the fourteenth century). As for the name, it seems that this derives from the name of the valley below called “dell’usignolo”. In public deeds the abbey is called with the name (abbey of) “Marmosolio” until the fifteenth century: a document from the Vatican archives dating back to 1442 calls it 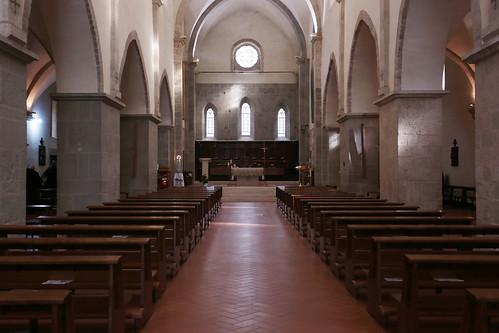 S. Stephani de Mariseolo. A legend from the Middle Ages recounts that the architraves of the churches were broken when, in 1314, the last Templar Grand Master (Jacques de Molay) was burned: a crack in the architrave of the leading portal is said to refer precisely to this event! Numerous indications seem to indicate to the presence of the Templars in this abbey: the Templar cross located on the first step of the church floor, the one in the cloister ceiling and the one on the left side of the central rose window. On the western side of the cloister, knocking down a false wall, the five famous words of the palindrome SATOR AREPO TENET OPERA ROTAS * emerged. The presence of the Templar crosses is not however considered by all a sure indication of their presence here, as it can also be found in other places in the surroundings (such as, for example, the monastery of the Sacro Speco). Since 1864 the abbey of Santo Stefano di Valvisciolo is a convent priory dependent on the congregation of Casamari. 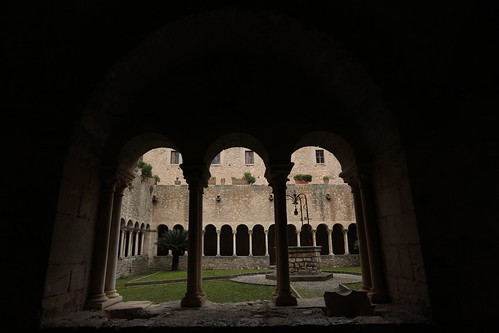 Today, the abbey complex has a very elongated body in a north-south direction, and the two sections at the southern end are additions made “recently” to the historic structure. Looking at the façade of the church, a composite hut, one can notice a difference with the structural body on the right: this difference is due to the restoration done in 1863 on the commission of Pope Pius IX. The interior of the church is divided into three naves by pillars and columns and has bare walls of frescoes, reflecting the canons of the Cistercians (they avoided the architectural splendour because they counted spirituality and not material life). At the bottom of the left aisle is the chapel of San Lorenzo, frescoed in 1586-89 by Pomarancio on commission by cardinal Enrico Caetani and duke Onorato IV. 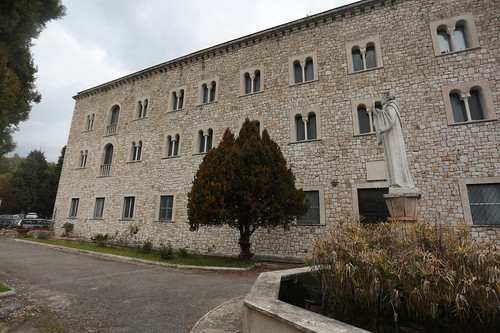 The other buildings of the complex are located south of the church and around the cloister, according to the custom of the Cistercian abbeys (even if the refectory, in this case, is parallel and not perpendicular to the cloister itself). The cloister of Valvisciolo, quadrangular in shape, is the heart of the whole structure and its roof dates back to 1957 (the original one was probably a simple gabled roof). The chapter hall is the only environment of the whole complex well preserved up to the present day. The building, like the interior of the church, is bare and the steps that run along the perimeter of the room served as seats for the monks.

* The “square of the Sator” is a recurrent Latin inscription, in the form of a magic square, composed of the following five words: SATOR, AREPO, TENET, OPERA, ROTAS. It is a palindrome, a sentence that remains the same if read from left to right or vice versa. The inscription has been the subject of numerous archaeological discoveries, both in stone epigraphs and in graffiti, but the meaning and the symbolic meaning still remain obscure, despite the many hypotheses formulated. 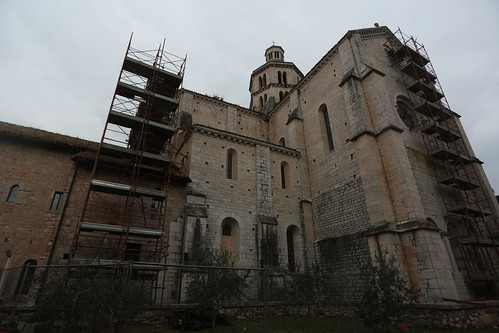 The Abbey of Fossanova is located in the municipality of Priverno, on the border with the town of Sonnino, in the province of Latina. What makes it special? The fact that the abbey is surrounded by a real village (today fraction of Priverno): all the built-up area around the monastery has the aspect of vicus* and takes its name from the cloaca which was initially called ” Fossa Nova “.
The abbey is in Italian Gothic style; specifically, it is considered a transition from Romanesque to Gothic and was built between 1163 and 1208 (the year of its consecration). Also in Fossanova, as it happened in Valvisciolo, the interiors are without frescoes (or almost). In the infirmary area is the room where he lived his last days and died (in 1274) St. Thomas Aquinas and still today, in the church, his empty tomb is preserved (the body is in Toulouse from the end of the fourteenth century ). National Monument since 1874, today, is the oldest example of Gothic-Cistercian art in Italy. 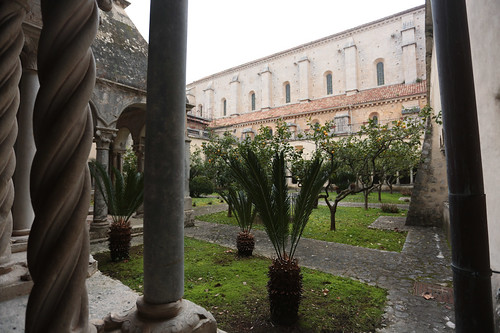 The Fossanova complex was founded in the twelfth century with the transformation of a pre-existing Benedictine monastery, perhaps dating back to the 6th century. The ancient monastery, built on the remains of a Roman villa, was ceded in 1134 by Pope Innocent II to some Burgundian monks, led by Saint Bernard of Clairvaux. The abbey complex, known as the reconstruction of the Benedictine one, consists of the sanctuary, around which the entire structure, the church of Santa Maria, the chapter hall, the refectory 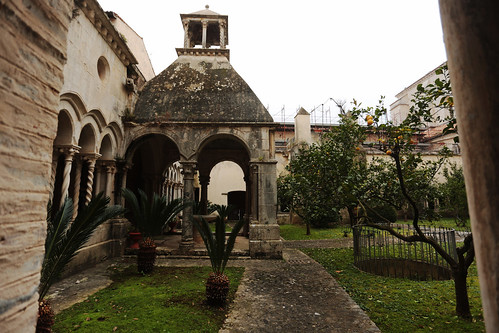 and the kitchen, and finally the dormitories of the converse. Moreover, to complete everything, we must not forget the pilgrims’ house, the cemetery and the infirmary. The buildings of this vast complex are enclosed by walls, which gives the area the appearance of a real village, inside which there are also the remains of Roman baths of the first century BC.

* In ancient Rome the word “Vicus” was referred to an aggregate of houses and land, both rural and urban, belonging to a pagus that had no civil law such as the municipium or the Roman colony. Generally, the vici did not have their own political-administrative organisation, because they were included or in the administration of rural or in the city. The vici could be distinguished in:
– Pagan or rustic, located in the countryside. Generally made up of farmhouses or rural houses joined together in a pagus but separated from the city.
– castles, if equipped with walls;
– anteurbans if they were close to the town;
– Urban if citizens. It was a real city district, organised administratively for census purposes.
After the 4th century, the pagi were absorbed by the municipalities, and the cities and only the rustic vices remained, which reached a partial autonomy in the rural area.