I spent the first weekend in December in Palermo with the Italian Travel Blogger Association. Today I want to tell you about the street art tour we did on Saturday mid-morning with the “Sguardi Urbani” association. 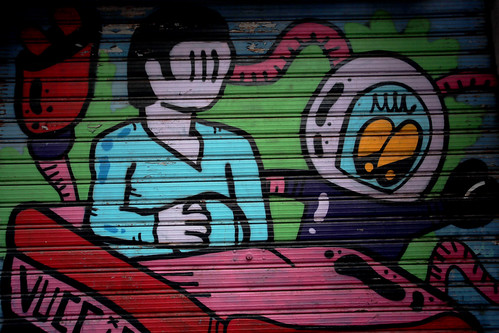 In Piazza San Domenico, our guide explains us something about the centre of Palermo: via Macheda and Corso Vittorio Emanuele divide it into four quadrants, each with its name and its market; our tour will pass through 3 of these quadrants-neighbourhoods. Let’s start from Vucciria: zone of voices and confusion, “vucciria” is a word entered in the common language to indicate just “confusion”. We stop almost immediately in front of a fishmonger, where we find a Padre Pio a bit “unusual” with a bottle of beer in hand. It’s here where I discover that the word “street art” comprehends all the murals we see on a lot of city buildings, but also those artistic posters that often we can spot in almost every city. The artists who have decorated and designed the walls of Palermo are many and come from all over the world (an Australian has reported Santa Rosalia in different versions): 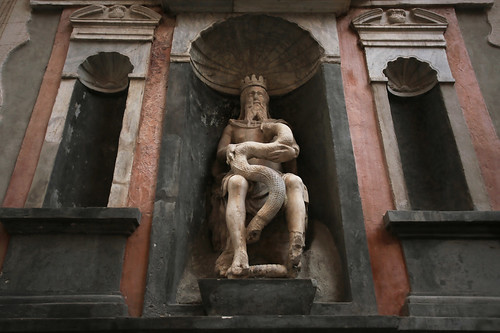 this happens because there is no regulation in the city and, therefore, artists can come from every corner of the world to realise their art. If Santa Rosalia is the religious patron of Palermo, the Genius is his secular one. The Genius represented through drawings/murals and statues; it’s a bearded old man with a snake eating from his chest; it is a sort of representation of the foreign dominations that they “ate from the city”, which gave them nourishment. In Piazza Garraffello there are still the damages of the bombings suffered by the city during the Second World War and, unfortunately, the negligence does not help the situation. 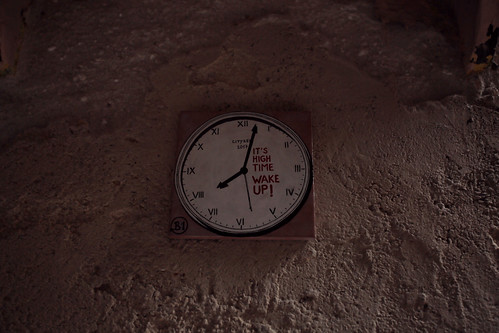 The tour continues, then, through the Kalsa district, an area of Palermo that owes its name to the fortress built by an emir during the Arab domination. This neighbourhood was the fortified citadel of the city during the Arab power and its name derives from “al halisah” (the elected, the pure). Even today there is a particular oriental atmosphere, accentuated by the presence of monuments in Arab-Norman style. The heart of the neighbourhood is around the Kalsa square, but the area extends to Corso Vittorio Emanuele. During our walk, we pass by Vicolo dadi, where once there were the shops the dice makers (dadi means dice in Italian). 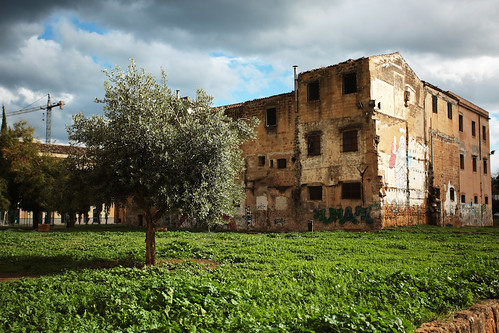 We stop, then, in Piazza Magione which is a case of spontaneous toponymy (there are no plates that bear the name of the square). On the central ruined building there is an image of Pope Sergio (born in Palermo), one of the biggest street artworks of all Palermo, and you can visually grasp the face of the Pope just observing it from far away, because of a particular “crosslinked” technique (from a close up view, you will be able to see only color spots). 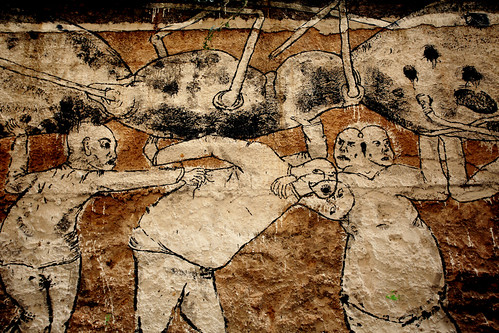 I suggest you go through Vicolo Caccamo all’Alloro, which leads right to Piazza Magione: here you will find a long mural by EmaJones that tells, in my own words, the history of human life crushed by consumerism. Unfortunately, the weather was adverse and, at this point of our tour, we were struggling with a good flood. We stop at the entrance to the district of Ballarò, a multiethnic area of Palermo: we enter a small square full of murals, all born spontaneously except for a large butterfly commissioned. Our tour ends in Piazzetta Mediterraneo, 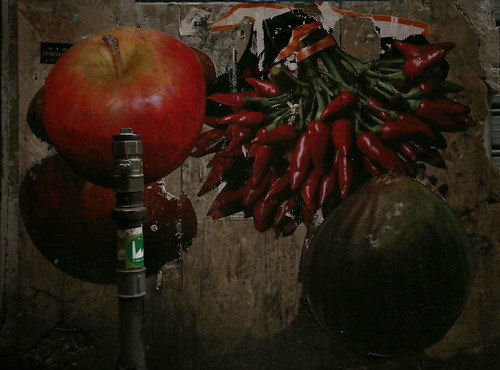 where are located the last murals of our tour (and some of the most beautiful). I was very impressed by these works, some of them I found fascinating, and I regret not having marked the names of all the artists to be able to report them in this post. I already have the idea of going back to Palermo to repeat the tour on a sunny day to better appreciate the visit and the works, the historic centre of Palermo and, perhaps, to be able to taste the flavours of Palermo’s street food. I leave the link to the Flickr album with all the photos of the weekend. 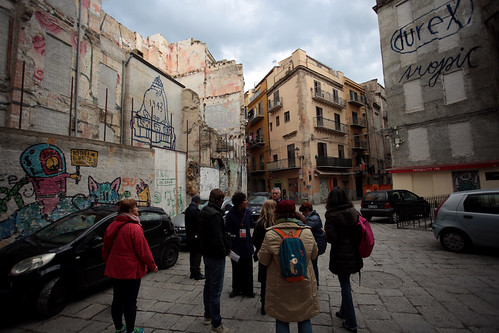 PS: On the walls of Palermo you will often see written “800 A”. It is not a strange code, but only the way that was found to hide the word “suca” (Italian term with a slightly vulgar meaning): the S becomes an 8, the U and the C become the two 0, and the A remains the same.
PS part 2: I can only conclude by thanking Wonderfulitaly and Visit Palermo, which allowed us to spend this beautiful weekend to discover the city. I will talk to you as soon as possible of all the places that have led us to see, where to eat and the small, lovely apartment where I stayed.