In mid-March, I spent a Saturday morning between Caprarola and Vico Lake, in the province of Viterbo. I decided to take this quick trip out of town to visit Palazzo Farnese: built for the Farnese family, in a point overlooking the small city of Caprarola, this palace is famous for its pentagonal structure. 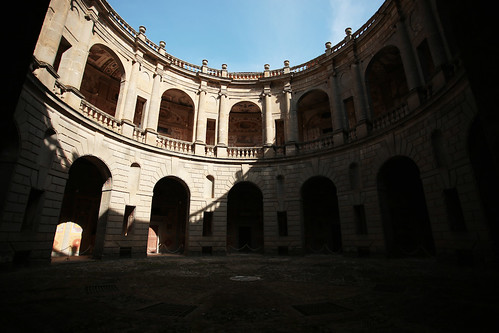 The building was built by Vignola, who may have demolished the town’s palaces to make room for the (new) building: in this way, given the location of the building itself, the road leading to the main entrance also serves as a frame to the structure. Its pentagonal shape is undoubtedly better perceptible looking at the building from above (which apparently is not so simple to do). At the centre of the structure, there is a circular courtyard, sloping towards the centre, where a “mouth” was placed that was used to collect rainwater, then used for various daytime activities (such as washing and cooking). 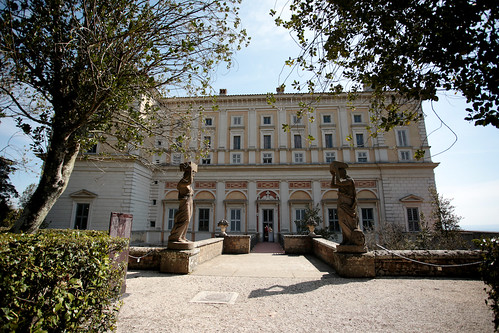 We know that, formerly, Palazzo Farnese was surrounded by a moat and still today we can appreciate it for some details. The visitor can observe what was supposed to be the moat, and it is also noticeable what remains of a small drawbridge. We know that construction work began in 1530, but in 1534 they were suspended because Cardinal Alessandro Farnese became Pope (Paul III). 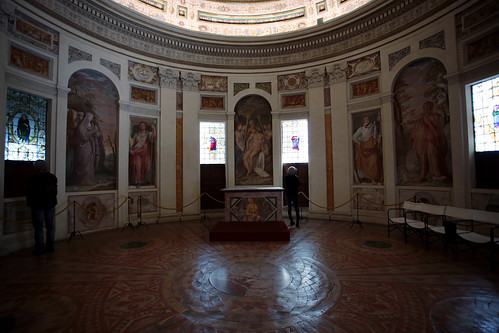 A few years later, went to live here the homonymous nephew of Paul III. The rooms were organised and structured according to the season during which they would be used:
the summer area is located in the north-east of the building, where the sun did not beat so that they remained as fresh as possible;
the winter area, on the other hand, is located in the south-west part of the building (where the sun was 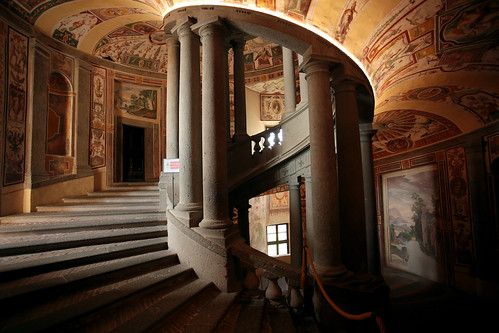 beating) to warm up (also) thanks to the heat of the sun. Finally, the rooms for the servants were separated from those used by the cardinal (in some cases the rooms were made from the thickness of the walls). Let’s talk about the interiors that, even if bare regarding furniture, are fascinating thanks to their magnificent frescoes. The first thing that inevitably strikes and will impress the visit is the “spiral staircase” or Scala Regia that takes visitors upstairs. It is not only its shape that makes it unique: this staircase does not seem to respect the architectural and artistic rules of the time, which saw the stairs built inside the courtyard and not inside the building! 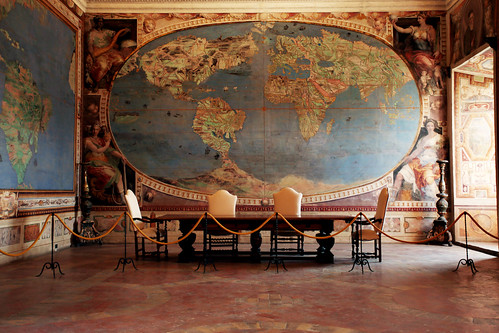 One of the most beautiful and suggestive rooms is undoubtedly the Room of Geographics or Room of the Globe, which owes its name to the frescoes made by Giovanni Antonio da Varese (and which represent “geographical maps”).
Some useful information for a visit:
The admission ticket costs 5 euros;
The building is open from Tuesday to Sunday. The garden can be visited only during the weekdays (on Sundays it is possible to visit only a small part, which leads to the exit);
The duration of the visit is about 2 hours; On the caprarola.com website you can find more information about timetables and entrance tickets (the website appears to be written only in Italian). Not far from Caprarola, about 10-15 minutes by car, there is the Vico Lake. It is a lake of volcanic origin, nature reserve and protected area since 1982.
According to legend, the lake originated from the club that Hercules thrust into the ground to challenge the inhabitants of the place and that nobody managed to remove. When Ercole made it, a massive jet of water sprang up and went to fill the valley thus forming the lake. Since it was now time for lunch, I stopped to eat at the “casina del Lago” restaurant, which is part of the structure “La Bella Venere” (which offers various services, including Hotel, space for receptions and play area for children). Prices were affordable, good food and short waiting times.