Today I would like to leave aside jokes and clichés to tell you, instead, what I did and saw in Milan during two days in the city (one in March, one in June 2017). 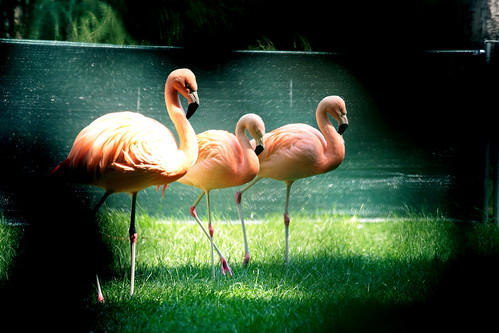 I start with Villa Invernizzi, a private Art Nouveau villa at number 3 of Via Cappuccini (metro Palestro) which has some special guests in its garden: pink flamingos! Villa Invernizzi is a private villa, so naturally, it isn’t possible to enter to visit the interiors or the garden: To see the flamingos you have to peek through the hedges that “adorn” the railings that close the garden to strangers. In case you would like to go through here to see these “garden flamingos” keep in mind that you will have to search through the different holes in the hedge because it is not easy to find the best one. I will not go into the question of “better living environment for these animals” because I’m not the most experienced person in the field, and I could only say that my opinion is that it could be not the right one. 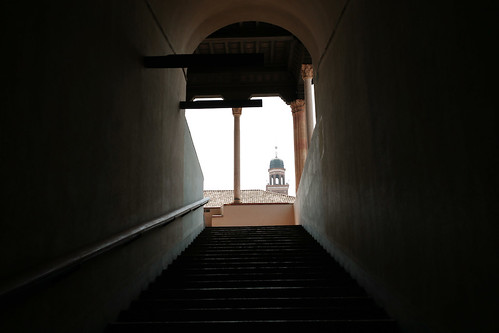 After having held it for several years in my “to do in Milan” list, finally, this time I managed to visit the Castello Sforzesco, built in the fifteenth century by Francesco Sforza on the remains of a previous fortification dating back to the fourteenth century. Today this castle, one of the largest in Europe, is one of the primary symbols of the city, is home to prestigious cultural institutions and, of course, one of the destinations of tourists who come in Milan. The nearest metro station is Cairoli (there is an exit practically on the castle square), and the entrance fee costs 5 euros (but admission is free the last opening hour every day). To visit everything it takes at least two hours, and there are all the information, of course, on the official website of the Castle. If you finish the visit around lunchtime and you are hungry, I would point out that there is a small “Bar/restaurant” where you can stop to eat something: it will not be the cheapest in the area, probably, 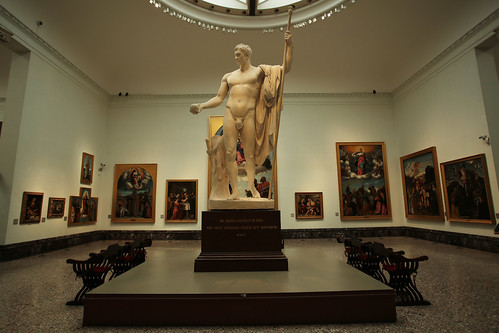 but it remains relatively affordable. I was merely enchanted during the visit to the Pinacoteca di Brera, which was on my list of things to see in Milan for some time. Located in the magnificent Brera Palace, in the homonymous area of Milan, which also houses the Braidense National Library, the Brera Observatory, the Botanical Garden, the Lombard Institute of Sciences and Letters and the Academy of Fine Arts. I was stunned by many of the works that I knew thanks to books and that I saw for the first time “live”. I strongly recommend you to turn to the rooms very calm, take advantage of chairs and chairs to admire the works that most affect you and to savour every moment of the visit. The entrance fee costs 10 euros, and on Sundays, the botanical garden is closed. Inside you can take pictures, naturally without flash (unfortunately not videos, in fact for the video on YouTube I used some of the photos I took during my visit). 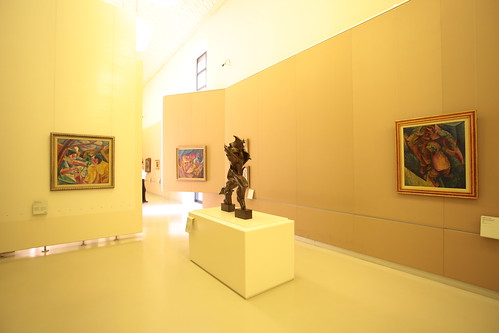 The visit to the Museo del Novecento brought me back to when I was studying art in school books. It is located next to the Duomo, on the other side of the Vittorio Emanuele gallery, and is divided between the Palazzo dell’Arengario and the adjacent Palazzo Reale. Twenty-century works of art are exhibited there, and the collections of the Civic Museum of Contemporary Art (CIMAC) were found here, which was on the second floor of the Palazzo Reale and was closed in 1998. Top level, with a huge window, overlooking the square and the cathedral: the view is spectacular, but remember that in the summer it makes you tremendous heat! The ticket costs 10 euros, but if you go between 4.45pm and 6.00pm you pay half of it; the nearest metro station is obviously “Duomo” (green line). For any information, as always I recommend you, you can visit the museum official website 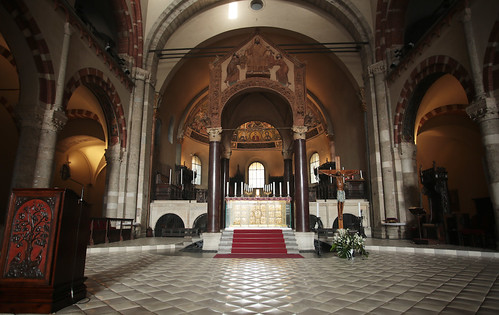 Another place that, for a while, I wanted to visit was the Basilica of Sant’Ambrogio, one of the oldest churches in Milan and the second most important in the city. It is located in Piazza Sant’Ambrogio and is a symbol of Milan and also of the Ambrosian church. The current crypt is hypogeum concerning the main altar, and the basilica houses the tombs of the martyrs Gervasio and Protasio and Sant’Ambrogio, the patron saint of Milan. During the week it is open from 10:00 to 12:00 and from 14:30 to 18:00, and on Sunday from 15:00 to 17:00 (for more information you can check the official website). Do not also forget to visit the whole external part that surrounds the back of the basilica itself. Next door is the “temple of victory”, where the Milanese soldiers of the First World War are buried: you can enter for free, in exchange only a signature on the “guest book” and inside, out of respect, you are asked not to take photographs. 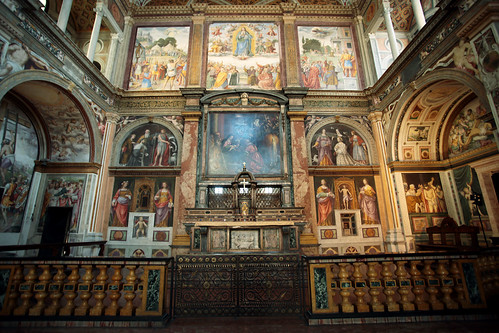 A place that I found simply splendid is the church of San Maurizio al Monastero Maggiore, on the corner between via Luini and Corso Magenta. Of early Christian origin and rebuilt in the sixteenth century, the interior is decorated with a cycle of frescoes by the Leonardesque school, and it is precisely for these murals that it is called the “Sistine Chapel” of Milan. This church was the church of the ex “Monastero Maggiore”, the largest and oldest female monastery in Milan. Started in 1503 it was built both for the citizens and for the cloistered nuns, who could not get in touch with the public. Just from this aspect of the enclosure arises the division of the church itself into two parts: one facing the street, intended for the public, and the “Chorus of the Nuns” (separated by a partition from the public side) was reserved only for the religious, who could listen to the Mass and communicate thanks to a grating placed on the partition. Today the church is managed by the FAI. 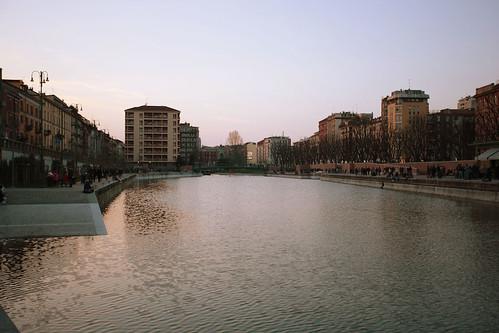 If you have spent the whole day around, maybe in the heat of the summer, I recommend a walk (with an aperitif) at sunset at Milan dock. The canal is a pedestrian area, bordered by bars, shops and restaurants; it manages to give a “calm chaos” look to the city. The nearest metro is Porta Genova.