I visited the Colosseum and the Roman Forums when I was little and, I admit, my memories were rather vague: before going on vacation, therefore, I decided to return to visit the Colosseum and the Palatine Hill. These are two of the places that most tell the history of ancient Rome, and that should be visited at least once in their lifetime should be visited. Given their importance, there are always many people who visit them (every day, at all hours): with this post I would like to give you some advice, a sort of “survival guide”, before a small review of history (a little bit short, since we all know it well) and some more detailed information about the visit. 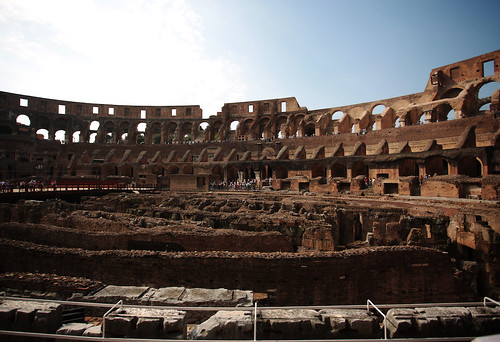 – Entrance ticket: I purchased it online, valid for two days. This ticket allowed me to skip the line that was already mileage, merely presenting me at the time written on the card (there is a row for those who have this kind of cards). NB: for the Palatine, which I visited after the Colosseum, the line for those who already had the ticket was longer and also quite slow (smart purchase is the new bright start).
– Security checks: both for the Colosseum and for the Palatine must pass Security checks. At the Colosseum, there are metal detectors, while at the entrance of the palatine street along Via di San Gregorio the bags were singularly and by hand.
– Wardrobe: practically they do not exist! You can enter with small and medium-sized bags, but all the others are not allowed. Arrange accordingly, so as not to risk finding you can not get in because you don’t 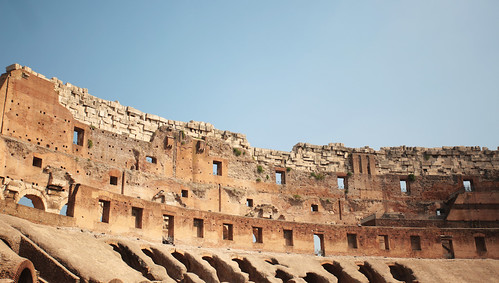 know where to leave the bag.
–Toilets: yes I know it’s a “strange” section for a list of tips and information. Inside the Colosseum, I found only one Toilet, and to that of women, there was always a kilometric row, while between the Palatine and the Roman forum there are several (and with much less row). If you visit both places and you can resist, I recommend waiting for the visit to the Palatine (if it is the first visit you do, then the advice becomes to go there before going to visit the Colosseum).
– Duration of the visit: consider at least half a day to visit both, better if almost a whole day. It takes a little less time to visit the Colossus. If you decide to go in the summer, I suggest you dispassionately to bring cold water and a cap: the visit will be all under the sun and, therefore, the heat will inevitably affect your stay. 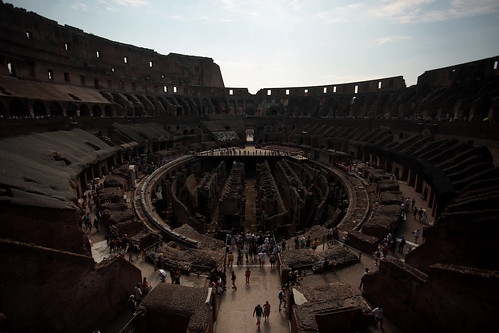 I started from the Colosseum, at 9:55 am on a Saturday morning because it was from there that I wanted to start and, above all, because the row for ticket holders was still very short (about 11 am I made a half an hour queue to enter the Palatine). I can not assure you that by doing the opposite you may be more fortunate than me in terms of waiting in line for the second row: what I can tell you is, depending on how soon you arrive, to possibly check which of the two files is shorter to start before at least the first of the visits. We all know the history of these two places in ancient Rome. The Colosseum, also known as the Flavian Amphitheater, is the largest amphitheatre in the world (it could host between 50,000 and 75,000 people): built in the Flavia era on an area bordering the eastern Roman Forum, Vespasian began it in 72 A.D. and inaugurated by Titus in the 80s, with further modifications made during the Domitian empire in the 90s. In 1980 it was included in the list of World Heritage Sites by UNESCO and, since 2007, 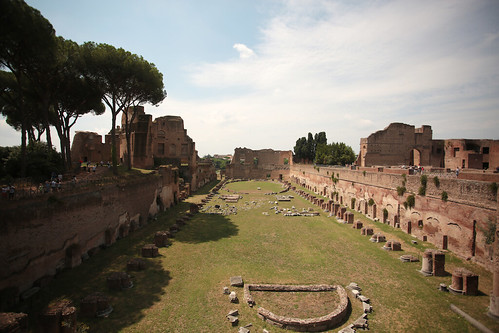 it is one of the new seven wonders of the world. Today the visits allow us to understand the functioning of the underground theatre system, with elevators, ramps and traps that served to make animals, gladiators and scenic machinery appear in the arena. The Palatine Hill, located between the Velabro and the Roman Forum, is one of the oldest parts of the city: apart from the more material aspect, given by the remains found (they showed that populations lived there as early as 1000 BC), the legend says that Rome originated right on the Palatine hill. Between the II and the I century A.C. Palatino became the residential district of the Roman aristocracy and Augustus made it the official seat of power: 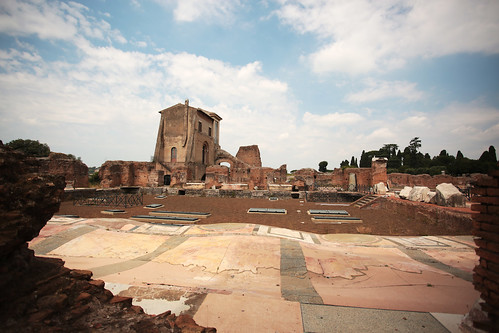 under Augustus began the construction of the imperial palaces, later expanded by Nero, Domitian, Hadrian and Septimius Severus (today the ruins of the manors of Augustus, Tiberius and Domitian are still visible). In the Palazzo dei Cesari, there is the Palatine Museum which displays the grave goods from the Iron Age tombs and works of art from the Augustan complex and the emperors’ residences.
Which is my advice for a visit? Apart from being prepared for the crowd, which never fails in these places, is to avoid as much as possible to go there in the hottest hours (maybe a little bit silly and obvious). If you really can’t avoid going in the summer, because perhaps that’s the time when you’ll visit Rome, then choose a visit time in the early morning (towards the opening) or towards the late afternoon (even if in July and August it will still be hot).

Rome: a visit to Palazzo Corsini