The first weekend of December 2017 I went to Palermo, for the second annual meeting of the Italian Travel blogger Association. Today, finally, I will tell you what to do and visit for a few days spent discovering this beautiful city with a thousand influences from its past. 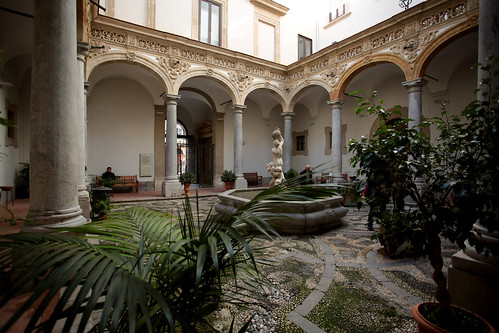 I start this post suggesting a visit to the fascinating Salinas Archaeological Museum, where the most significant archaeological collection in Italy is preserved: through its rooms the different phases of art and civilisation of western Sicily are retraced, from prehistory to late Roman age. The collection is fascinating, and the location is equally beautiful: the building, which is part of the Olivella complex, dates back to the end of the 16th century and was initially the House of the Fathers of the Congregation of San Filippo Neri. The Church of Sant’Ignazio and the Oratory are also part of the same complex of buildings. The museum is located in Via Bara all’Olivella 24 and admission is free. 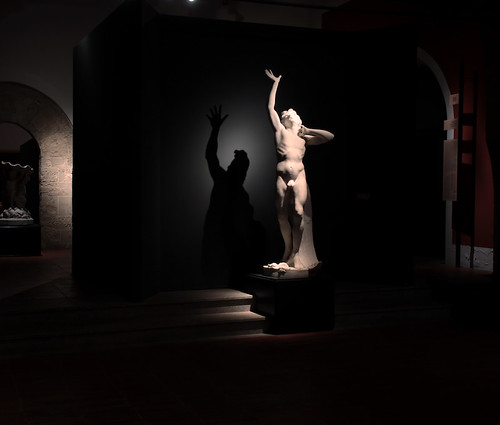 From the ancient art I move to the modern one with the Gallery of Modern Art, also called GAM. The museum is located in via Sant’Anna, in the district of Kalsa (in the heart of the historical centre of Palermo). The museum is divided into two buildings joined together: the baroque architecture of the former Franciscan convent of the church of Sant’Anna la Misericordia and Palazzo Bonet, a structure in Catalan Gothic style. Closed on Mondays, even if public holidays, from Tuesday to Sunday it is open from 9:30 am to 6:30 pm and the full ticket costs 7 euros (free entry to the permanent collection on the first Sunday of the month). There are also temporary events, and for information about the museum in general and any exhibitions of the period, I refer you to the museum official website. 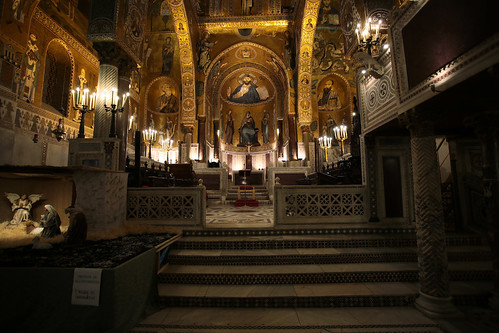 The Royal Palace, also known as the Palazzo dei Normanni and today the seat of the regional assembly, is a fantastic sight and for me, it is an inevitable stop during a tour to discover the city. It is the oldest royal residence in Europe, the house of the sovereigns of the Kingdom of Sicily, the imperial seat with Frederick II and Corrado IV. The main entrance is on Piazza del Parlamento; the tourist and the driveway are on Piazza Indipendenza. During the visit, do not forget to visit the Palatine Chapel, a three-aisled basilica dedicated to St. Peter the Apostle and located right inside the palace. Regarding opening hours and ticket price, I refer you to the teatriemusei.ovest.com website. 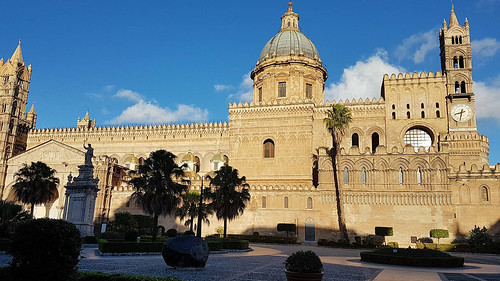 I regret not being able to see the interior, but the Cathedral of Palermo is beautiful even from the outside. It is very close to the royal palace, not even 5 minutes on foot, and is a UNESCO heritage since 2015 “within the Arab-Norman route of Palermo, Cefalù and Monreale”. I knew it was a spectacular building, but seeing it live even if only from the outside it was, for me, the best experience I could expect from a walk. Given its location close to the royal palace I suggest you combine the two visits on the same day, to invest in the best your time to enjoy the splendour of these two places. The cathedral is open from Monday to Saturday from 09:00 to 14:00 and on Sunday from 09:00 to 13:00 and you can find the history and information on the official website of the cathedral. 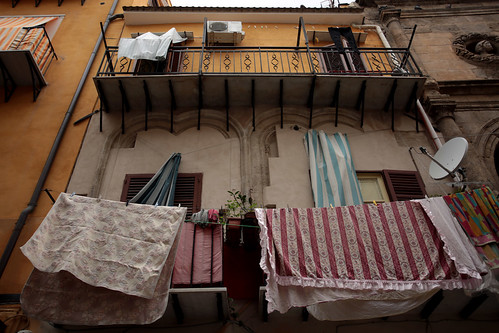 The historic centre of Palermo is the area where most of the places of interest are concentrated, including museums, theaters and churches, but it is also the area where the cultures that have followed in the control of the city show off their timeless beauty. Via Roma, which arrives at the Politeama theatre, and via Maqueda, parallel to the previous one, divide it into four zones (also called “mandamenti”): 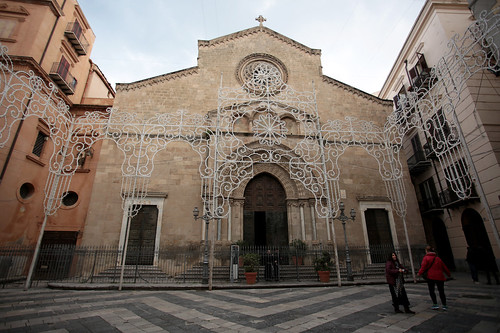 Albergheria (or Albergaria), which extends west of Via Maqueda and also includes the Palazzo dei Normanni and the Palatine Chapel.
Kalsa, east of Via Maqueda, is the area of Arab origin.
La Loggia (or also Mandamento di Castellammare) is the district north of Kalsa, and which surrounds La Cala (marina of Palermo).
Il Capo is the district where the famous homonymous market is located (“Mercato del capo” in Italian).
Corso Vittorio Emanuele is the oldest street in Palermo, and the intersection with Via Maqueda is known as “Quattro Canti” (its official name is Piazza Vigliena). I was very struck to see the damage due to the bombing 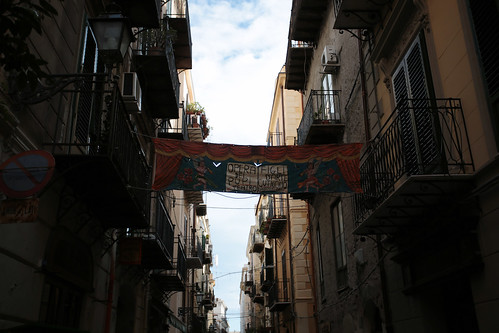 of the II Word War, finding them in front of my eyes merely coming to the end of an alley overlooking a square in the historic centre. On the other side, the Palermo city centre made me smile and entertain the clothes hanging out as they once did, dangling from many of the balconies of the old town: they seemed to be, now, one with the city itself and its buildings. 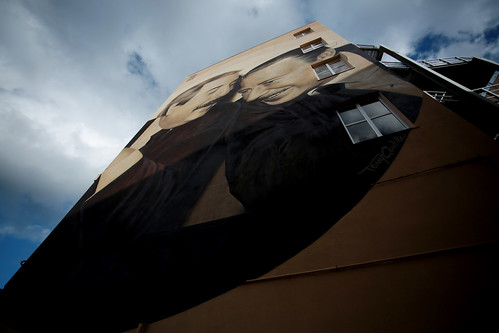 Finally, I suggest you go through the area of La Cala, the tourist port of the city, where you can admire the beautiful “Falcone & Borsellino murales“. I had heard about it; I had seen some photos from which it seemed to be very well done: seeing him live made me notice how much I saw him on television or in pictures he did not do it justice! Besides the history, the motivations for which it was made, it manages to show the mastery of those who did it so well that it made it look like a photograph printed on the wall and not a “simple” design.